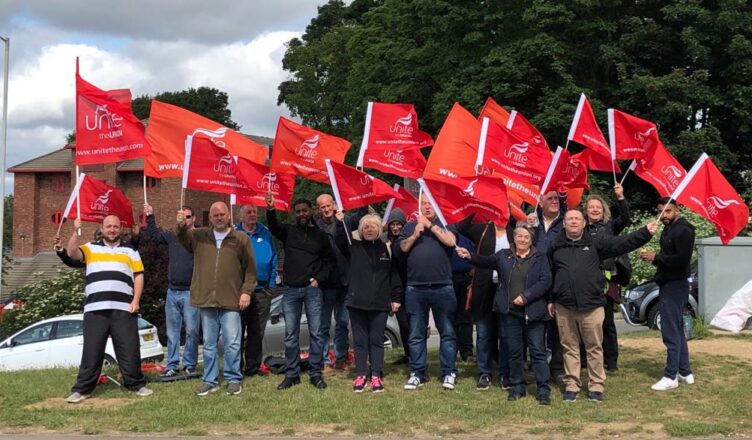 The front of house staff and drivers who help passengers with mobility issues to board and disembark flights at Luton Airport have had enough of their miserly bosses and will be out on strike between 19th and 23rd December.

The workers are employed by Wilson James, since Luton Airport outsourced the passenger mobility contract to this Scrooge company. So, front of house staff are currently working for just minimum wage (£8.91 an hour) while drivers who ferry passengers to and from the planes are on £10 an hour, this is despite them having to have a class 2 HGV licence to do the job.

It’s yet another example of unscrupulous bosses, part and parcel of the capitalist system, that values those who help the vulnerable in society as only deserving of crap wages.

The workers’ union, Unite, has tried to negotiate a pay rise but Wilson James bosses have just ignored this. Unite admits that the strike “will cause considerable disruption to passengers with mobility issues but our members simply can’t endure poverty pay any longer.”

We say, well done to these workers for seeing through the blatant guilt-trip tactics of Wilson James, and who are prepared to withdraw their labour and force their bosses to pay them more for the essential work they do for vulnerable passengers.

We wish them a successful outcome for a nice Christmas pressie.