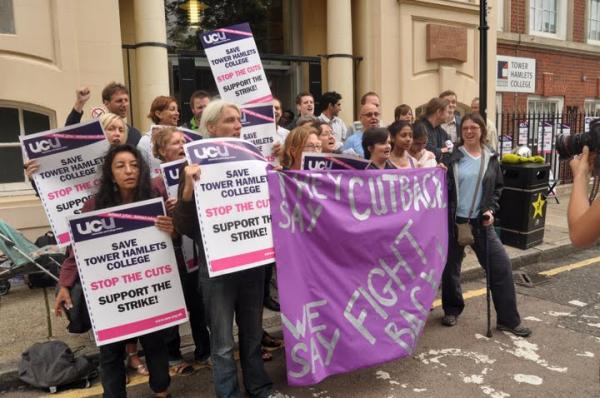 College workers in further education at New City College’s (NCC) campuses went out on strike at Hackney, Havering, Redbridge, and Tower Hamlets on Thursday October 6th and continued the strike until Tuesday October 11th, and again went out on October 18th-20th, this time joined by Epping Forest college workers.

The pay offer from the college bosses the Association of Colleges (AoC) back in June was regarded as derisory with a 2.5% increase seen as an insult. Inflation is now at 12.3%. College workers are really struggling financially and it’s not just pay, the workload is unmanageable. In addition New City College management has closed down nurseries, making life even more unbearable for workers with children. Only one nursery remains on Hackney campus, with nurseries at Tower Hamlets and Havering having been shut down. This is on top of ten days of action taken by 23 colleges across Britain.