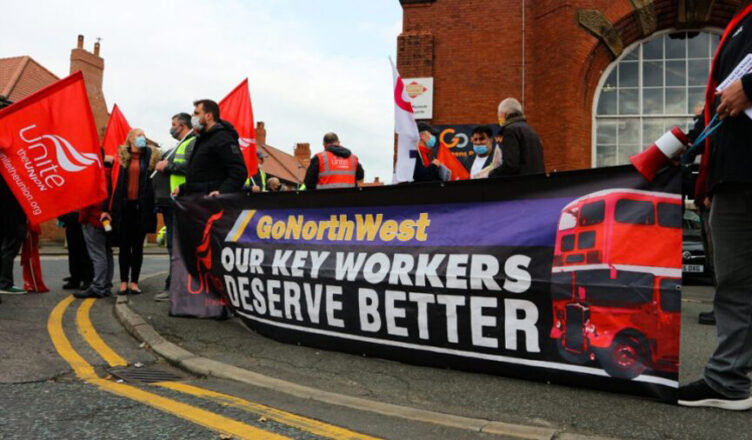 We’ve previously carried reports on the ACG website on the long strike of Manchester bus workers employed by Go North West. This has now ended after 85 days of a continuous strike. But have workers won?

Whilst Go North West’s plans to install fire and rehire were withdrawn, two sacked workers were reinstated and disciplinary action was dropped against 37 other workers, the situation is far from being as complete a victory as the Unite union claims it to be.

In fact, Unite allowed the bosses to make meal breaks unpaid and to impose compulsory overtime if buses are running late. In fact, before the strike, Unite was in negotiations with Go North West bosses to implement £1.3 million worth of cuts as an alternative to fire and rehire. When the strike broke out, Unite made sure that it was limited to the bus depot, and failed to spread it to other bus garages.

The bus workers showed great courage and determination in pursuing a strike for 85 days, but Unite has sabotaged what could have been a complete victory. This points to the lessons that need to be learned. Workers must increasingly look towards creating their own organisation at the grassroots, and not rely on the union bureaucrats, who will attempt to obstruct and hinder effective strike action.