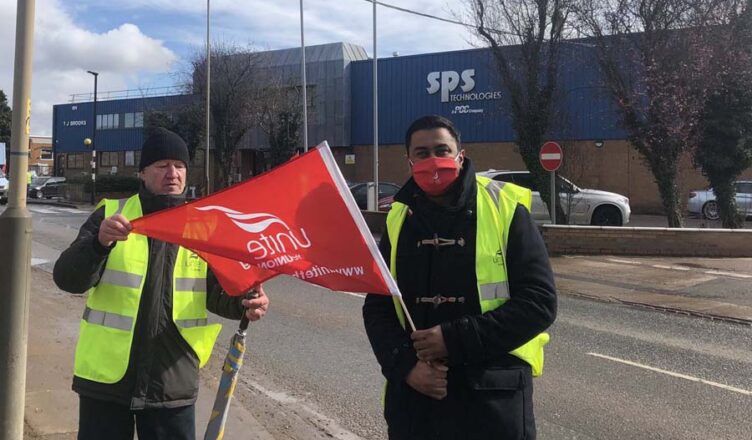 Leicester SPS staff strike over proposed ‘penury-inducing’ fire and rehire cuts of up to £3,000

Leicester workers at aerospace parts firm SPS Technologies strike over ‘penury-inducing’ fire and rehire cuts that will cost staff up to £3,000 a year.

Around 200 Unite members at SPS’s Barkby Road site have today taken strike action over fire and rehire proposals that would result in reductions to overtime pay, sick pay, paid breaks, shift premiums and other terms and conditions.

The termination of the current contracts and rehiring onto new ones would see staff lose between £2,500 and £3,000 from their annual salaries and force many into financial difficulties.

Unite said the discontinuous 24-hour strikes, which will also take place on 19, 22 and 26 March, as well as a separate overtime ban, will result in ‘serious disruption’ to SPS’s operations.