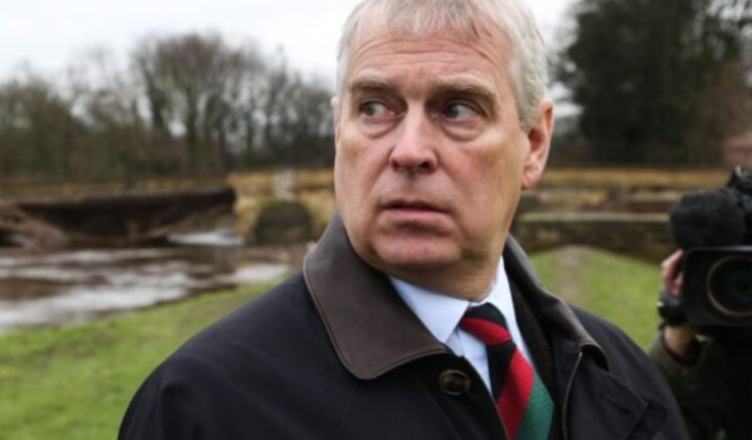 The establishment corruption revelations go on and on and are hard for us at the ACG to keep up with. One of the latest revelations involves Prince Andrew. It’s very handy being the Queen’s son, even it is likely that you’re a nonce. If you’re as embedded into the British establishment and aristocracy as Prince Andrew you can easily get large unsecured loans from your dodgy mates.

It has been revealed that Conservative Party donor, David Rowland, transferred £1.5 million to Prince Andrew just days after a private bank run by Rowland’s family in Luxemburg allowed the prince to borrow a similar amount. The money was transferred by Rowland to an account held by Prince Andrew at Banque Havilland SA in London on December 2017. This has been revealed by two people who are familiar with the bank documents and transactions. The payment was earmarked for a £1.5 million loan the Prince had withdrawn 11 days earlier, to be repaid from Banque Havilland.

The transactions give a unique peek into something the British public has puzzled over for some time – how Prince Andrew could afford his lavish lifestyle on a relatively “modest” stipend for someone in the aristocracy. They also raise new questions about the potential conflicts created by his dubious social circle, which included the late paedophile financier, Jeffrey Epstein. The prince, who provided connections for David Rowland and his family for decades, was allowed to be lent the money even though a warning had been issued from Banque Havilland staff that the loan was “not in line with the risk appetite of the bank,” an internal credit application shows.

The bank hardly ever, if at all, allowed unsecured loans to clients, former employees said. This loan was approved partly because it opened up “further business potential with the Royal Family,” a note on the same document said. “While the [increased] loan is unsecured and granted solely against the credibility of the applicant, both his position and that his mother is the sovereign monarch of the United Kingdom should provide access to funds for repayment if need be.”

The Banque Havilland loan from November 2017, which had an 8% interest rate, replaced an existing £1.25 million facility that had been extended or increased 10 times since 2015, most recently in March that year. The extra £250,000 borrowed by Andrew was earmarked for “general working capital and living expenses.”

The money was due by March 2018 but was repaid early using £1,503,000 transferred to the prince from a Guernsey-registered company controlled by the Rowland family, according to one of the people. The documents show the money was routed via a Banque Havilland account belonging to Albany Reserves Ltd. The Albany Reserves account was one of about 70 that was opened by the Rowland family at Banque Havilland over the years, said the person who had direct knowledge of the accounts and asked not to be identified for fear of retribution. David Rowland is listed as a director of Albany Reserves, company filings show.

Banque Havilland is owned by a web of offshore companies controlled by Rowland’s family. Despite the structure, former insiders state that there was never any doubt that David Rowland was in charge. Prince Andrew assisted Banque Havilland to pitch their services to potential clients from the ranks of the world’s dictators and kleptocrats. The prince was the guest of honour at the bank’s official opening. When the Rowlands opened a branch in Monaco in 2012, Prince Andrew was present to give a speech. And when they launched a joint venture with Abu Dhabi sovereign wealth fund, Mubadala, in 2018, it was Prince Andrew that cut the ribbon at the opening ceremony.

It has been reported that when Prince Andrew was not with the bank, David Rowlands, and his son Jonathan, frequently introduced themselves as investment advisers to the prince and the royal family. They even joined Prince Andrew on an official trip to China when Andrew was the U.K.’s special representative for trade and was present at some of his meetings. Jonathan Rowland said this in an email that he left the bank in 2013.

When the prince received the loan in November 2017, Banque Havilland was being investigated by the Luxembourg regulator for potential money-laundering violations. The investigation was focused at first on a 25 million euro ($29 million) loan made to Nigerian oil magnate, Kola Aluko, despite newspaper reports linking him to a bribery scandal. The investigation was expanded to also include other members of the establishment the bank had taken on as clients, including the daughters of Azerbaijan’s president, Ilham Aliyev. The Rowlands met with Aliyev and his family when they accompanied Andrew on a visit in 2008, one of several they made with the prince to that country.

The known income of Prince Andrew was previously a Royal Navy pension of £20,000 and an annual stipend from his mother, the Queen, of £250,000, yet he has lived the lifestyle of a multimillionaire. In 2007, he sold a mansion his mother had given him for £3 million more than the asking price to a Kazakh oligarch who let it fall into disrepair. He later bought a $23 million Swiss chalet.

David Rowland has donated more than 6 million pounds to the Conservative Party. In 2010, then prime minister David Cameron chose Rowland as the party’s treasurer, its chief fundraising position, but Rowland resigned before he could take the post after news reports about his dodgy business dealings and offshore tax status. David and Jonathan Rowland and their wives had front-row seats at the wedding of Andrew’s youngest daughter, Princess Eugenie, in 2018 at St. George’s chapel in Windsor Castle.

These revelations about Prince Andrew don’t just highlight staggering corruption in the British ruling class but also say much about the privilege of members of the establishment. If Prince Andrew were working class he would surely be doing a long stretch in prison, but being the son of the monarch certainly has its advantages. The rot at the core of this capitalist system (with its UK feudal variant) is on clear display.