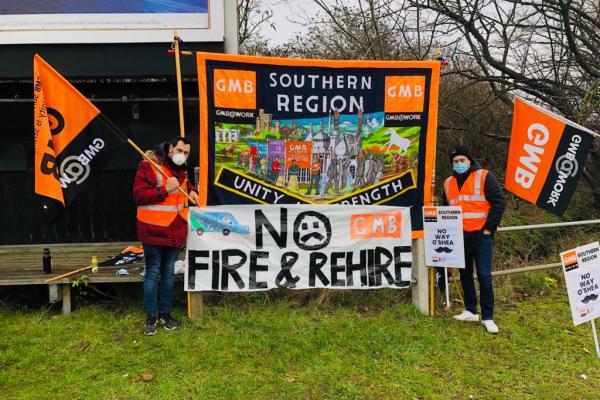 British Gas are continuing with their attacks on gas workers, saying they will be sacked if they do not accept a new contract. Signing this would mean a 15% pay cut and an attack on conditions. Workers reacted with 42 days of strikes. Many workers are continuing to refuse to sign and are defying British Gas’s parent company Centrica. They have been given the deadline of 14th April to sign or face the sack.

The workers have been bombarded by intimidating emails by the employers. The gas workers’ union, the GMB, has sabotaged workers’ resistance by calling off a strike on the coldest weekend of the year. They organised a ballot on the deal without recommending a NO vote, but despite this workers voted massively to reject. Now they are telling workers to sign the contract. Their message to the 7,000 gas workers read: “If you plan to stay with British Gas after 31 March and intend to ultimately sign a new contract, our lawyers’ advice is to do so by noon on 25 March if you want to avoid the loss of protected terms and changes you have fought for.”

Dismissal notices have now gone out to workers saying they would be sacked on April 1st.

Things look grim, and the GMB has promoted pro-company policies, selling out the workers and refusing to call for an escalation of strike action. Now, British Gas workers can only rely on themselves to organise and must go beyond the union if they want to fight these savage fire and rehire policies. What is happening at British Gas is being implemented by other bosses (see article on bus workers) with more considering such policies to protect their profits.