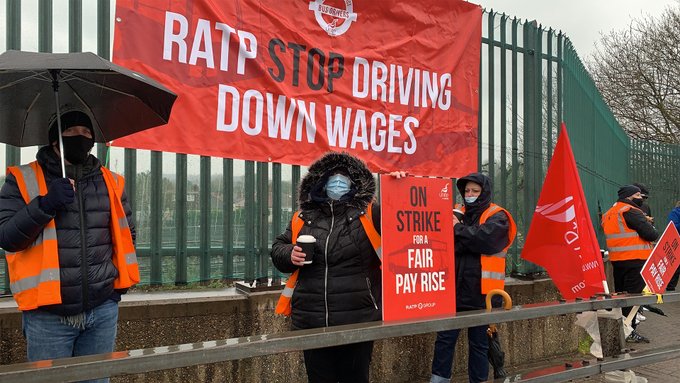 Bus drivers working for London United, owned by the French firm RATP, went out on a 48 hour strike on March 31st through to end of April 1st, after talks broke down over pay and conditions. Further strikes are planned for April 7th and 14th. London United is attempting to downgrade drivers, which means a loss of as much as £2,000 a year for some drivers. They would no longer get paid during breaks or time spent waiting for their bus to arrive after clocking in. Five bus depots came out, Fulwell, Hounslow, Park Royal, Shepherd’s Bush and Tolworth. In the meantime drivers at the Stamford Brook and Hounslow Heath garages have also voted to come out on strike. This means that all seven depots will be out on strike on the 14th.

RATP are attempting to use the pandemic to attack workers’ pay and conditions, despite continuing to make large profits.

Meanwhile, at other London bus companies, London Sovereign and Quality Line, also owned by RATP, the Unite union demobilised the struggle there. Many workers, up to a third of the workforce, voted against accepting a pay increase of 1.25 per cent and a one-off payment of £500, 0.5% greater than what was originally offered. They had been involved in a series of rolling strikes since February. Planned strikes were suspended by Unite in March.

Quality Line drivers are the lowest paid in London. The paltry pay offer means an increase of 14p extra an hour. The workers there are paid £2.50 less than at RATP’s other firms.

The New Starter contracts proposed by RATP will still go ahead. This means new drivers will get lower pay and conditions than established drivers. Neither will RATP back down on zero hour contracts for drivers on lines lost to competing bus companies, who were then transferred to other bus routes.

Bus workers are in crying need of developing rank and file committees to organise action against union sellouts.

Fire and rehire in Manchester 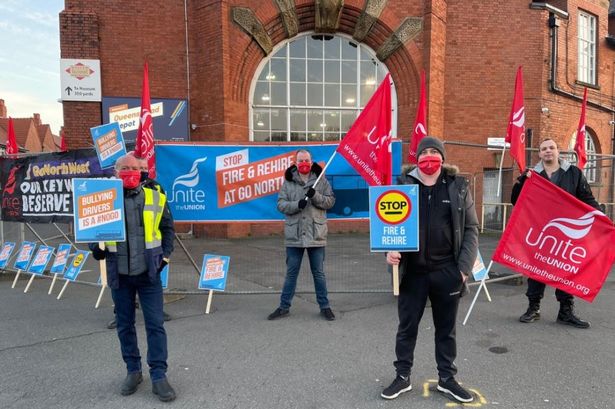 The strike is over plans by the employer to fire and rehire workers, making them work longer hours. This would mean workers expected to work 130 hours of unpaid work per year, making them £2,500 worse off, and with attacks on the existing sick pay policy, which would mean a 67% cut in sick pay for workers who have worked for the company for more than five years.

Go North West are threatening workers with the sack by May 8th if they do not accept the offer.