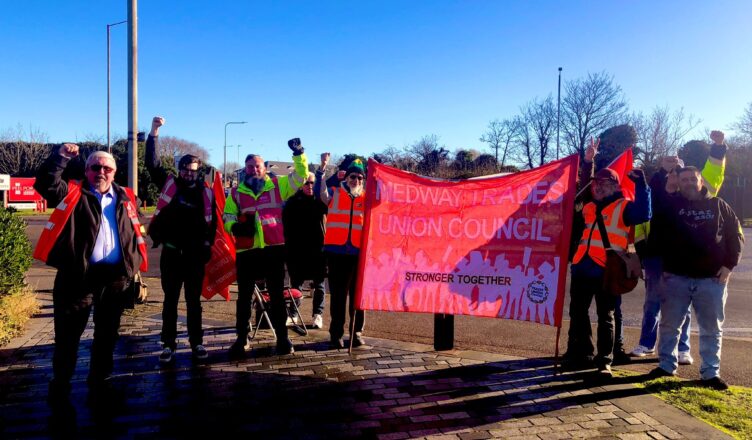 Over thirty workers who process Volkswagen Group vehicles at Sheerness Docks fought back against plans by their employers, GB Terminals, to change minimum overtime hours by sacking them and rehiring with worse contracts. The Sheerness workers went on strike for four days in January. Further strikes were planned for February and March. As a result the bosses backed down over these plans. Last week the workers decided to suspend strike action.

However GB Terminals management still want to cut jobs. Unite, the union to which the workers belong, is now negotiating with management over these job cuts. Unite must not be allowed to sell out the workers over this. The planned strike action for this month and March was planned to escalate to five days a week and this pressure could have stopped any job cuts. Any “voluntary” redundancies will impact on workers who remain in their jobs.