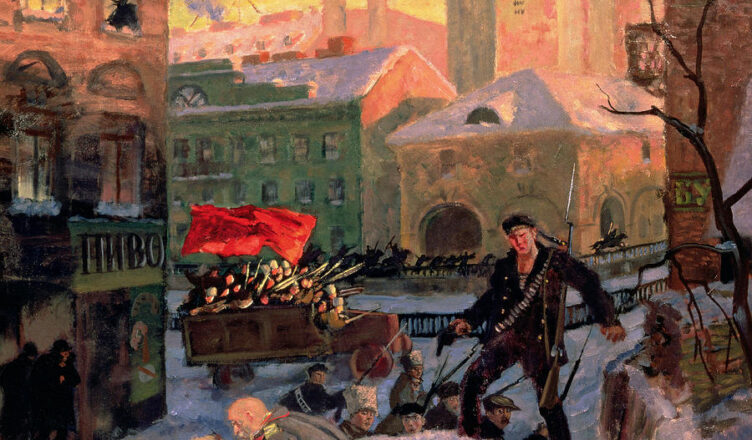 Two-day online conference: to commemorate the Kronstadt Commune of 1921

‘We invite you to “Kronstadt as Revolutionary Utopia: 1921-2021 and Beyond,” a transnational convergence to remember history’s repressed revolutionary hopes and explore the “living past” struggle of capitalist authoritarianism vs. humanist internationalism.’

“Kronstadt as Revolutionary Utopia, 1921-2021” is an internationally organized conference that aims to commemorate the momentous March 1921 uprising of the Kronstadt sailors, which was described by the scholar Orlando Figes as an “island version of the Paris Commune” within the Russian Revolution that began in February 1917. By bringing together historians, artists, freethinkers, anarchists, and syndicalists to share their perspectives about the past, present, and “living past” in relation to the Kronstadt Commune, we hope to celebrate People’s History by recalling the sailors’ courage in espousing a fresh “Third Revolution” against ossified Bolshevik rule.

We seek to explore how the tragic legacy of the Kronstadt Commune’s suppression lives on in the support provided of late by some self-styled leftists to the rehabilitation of authoritarian discourses and bloody counter-revolutions—in Syria, above all. We further aim to examine how the Kronstadters’ model of autonomous, anti-authoritarian joint struggle among workers, peasants, soldiers, and sailors continues to be globally relevant in our own day.