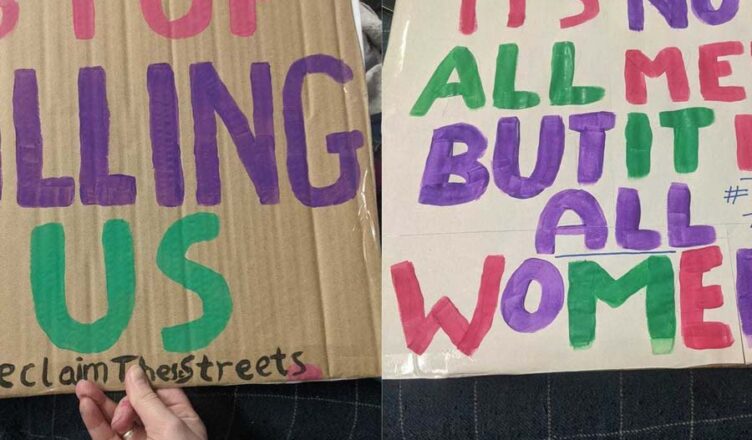 Widespread shock and disbelief have been expressed that this could happen, that a cop could murder a young woman. But those who have been on the receiving end of police treatment on an everyday level, are less surprised. Those who have experienced the everyday harassment, brutality and violence meted out to members of the Black, Asian and minority ethnic population of the UK, including an increasing number of deaths in custody are less surprised. Those who have experienced police surveillance and restriction of civil liberties, attacks on demonstrations, infiltration of groups and organisations by spy cops, up to the condoning and encouragement of sexual relations by their controllers with members of these groups, are less surprised.

The police are a violent institution. It is there to protect the rich and it is riddled with sexist, racist and homophobic ideas. The charity, Centre for Women’s Justice (CWJ), revealed last year the widespread abuse of women by the police with no comeback, in what they described as locker room culture, and the harassment and punishment of women who complained about abuse by fellow male police officers. The charity had gathered data from 30 of the 43 police forces in England and Wales, and reported on 666 reports of domestic abuse by police officers and support staff over a period of three years. One woman police officer was forced out of her job after complaining about her violent partner, also a police officer. One woman who came forward had a husband who was a policeman. When she reported him for violent abuse, the local force handed the cop a copy of her statement, and then, strangely, lost the statement. The cop told her “I’m a police officer, no one’s going to believe you”.

In another report in 2019, at least 415 officers and civilian support staff were accused of abusing their power for sexual gratification in the previous three years – one every three days. The police watchdog HM Inspectorate of Constabulary (HMIC) believed that this is just the tip of the iceberg , with many cases going unreported and predatory personnel taking advantage of susceptible women by getting them to perform sex acts .

The Gwent police were accused in 2019 of protecting a police officer who was controlling and physically abusing several younger female trainees he was going out with. Also, within the Metropolitan Police, between 2012 and 2018, there were 594 complaints of sexual misconduct against police officers, of which only 119 were upheld. A serving cop was among 15 men charged for historic sexual offences against three girls in the Halifax area between 2006 and 2009. A serving police officer with Cheshire Constabulary, described as a committed paedophile, was convicted for raping a thirteen year old girl in 2018. A cop serving with the Met, was caught masturbating openly in a first class carriage in 2018.An anti-terror cop from Reading was sentenced to eight years for having sex with a 14-year old girl in 2019. An officer with Dyfed-Powys police ended up before a misconduct panel for telling colleagues he was planning a wankathon, for repeatedly touching a female colleague and making inappropriate sexual comments, but only received a final written warning. A Merseyside cop stopped female drivers for motoring offences, and then offered to punish them for less serious alternatives. He then used thankful motorists’ personal details to contact them by phone and in person, sending one woman a picture of his penis. He started sexual relationships with at least two of these women. Eleven victims were discovered, and the cop was sentenced to 28 months in prison.

One Met officer bought pornography at the family home of a dead child whilst waiting for an undertaker to arrive, using their Virgin TV account to make 4 purchases, at least two of which were made whilst the dead child was still in the house. He was jailed for 12 months in 2019.

In May 2020 in Dorset, a married cop strangled his lover, after she exposed his affair.

In summer 2020 two police officers took selfies in front of the bodies of two black women stabbed to death in a Wembley park. They were suspended, whilst another six cops involved avoided suspension. As their mother said “If we ever needed an example of how toxic it has become, these police officers felt so safe, so untouchable, that they felt they could take photographs of dead black girls and send them on. It speaks volumes of the ethos that runs through the Metropolitan Police.”

The police officer arrested for Sarah Everard’s murder, Wayne Couzens, had three days before indecently exposed himself twice in a fast food restaurant and complaints about this were not dealt with in any meaningful way. He was not arrested and allowed to continue to work as a gun cop.

Sarah’s murder ignited a wave of anger, not just against the murderer but against the Met itself, who indulged in a bout of victim blaming by advising women in Clapham not to go out alone.

When Reclaim These Streets called a socially-distanced vigil for Saturday 13th of March on Clapham Common, the Met responded by threatening the organisers with fines of £10,000 pounds each and charges of conspiracy to commit a crime. When they appealed at the High Court, the judge sided with the Met. How ironic it was that during the week of International Women’s Day on March 8th, the Met organised events to celebrate that day!

The police are a violent institution, who feel assured that they are untouchable. Women can expect little from them in terms of protection, and the same goes for the courts, as has been revealed time and time again, the latest High Court decision underlining it all.

Meanwhile, daily sexual harassment, violence, domestic abuse, and rape continue whilst women are told to change their behaviour by not going out at night and changing what they wear.

Boris Johnson tells us how shocked and appalled he was about the murder. In 1996 whilst working as a Daily Telegraph journalist, he produced an article talking about the quality of the “hot totty” at the Labour Party conference, continuing “Time and again the ‘Tottymeter’ has gone off as a young woman delegate mounts the rostrum.” His motoring column for the magazine GQ was riddled with sexist remarks. These are just two examples of a long history of misogynist and sexist comments by Johnson.

Meanwhile Keir Starmer responded to the murder by calling for more police on the streets. Wait a minute, Keir, who was it who committed the murder?

Women are becoming increasingly sickened by the everyday harassment and violence they have to face. The system of patriarchy is intimately entwined with capitalism, and the subjection and oppression of women is perpetuated throughout society in the media, in advertising, education, and the courts. This anger is worldwide, as witness the movement against sexual harassment in the USA, the large demonstrations for abortion rights in Poland, the massive demonstrations in India against sexual violence and rape. Here it is to be hoped that women will not be deterred by the actions of the police and the courts and turn out in large numbers in the streets to express their anger.