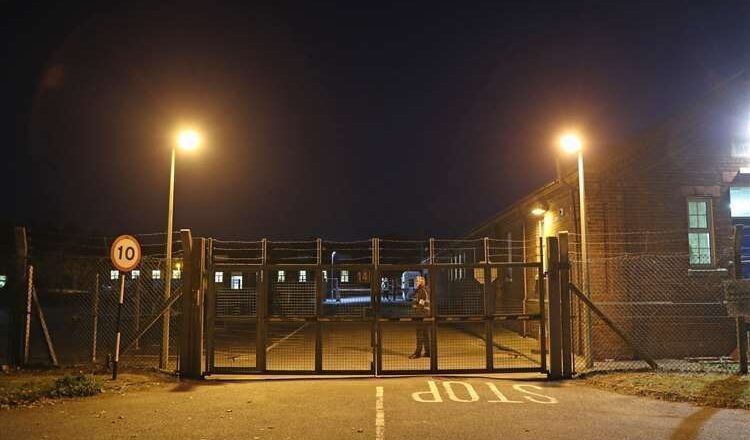 A quick update on the situation at the Napier Barracks site in Folkestone, Kent.

All covid-free people at the site are being moved into hotels, to make social distancing easier at the Napier Barracks site. Only those at the site with a negative PCR test will be transferred and will have to self-isolate for 10 days.

A statement on the Folkestone and Hythe District Council website says:

KRAN (Kent Refugee Action Network) see this as a positive development, and it is undoubtedly – for the time being – an improvement on the situation. But KRAN also say this is a start, and we can see why. You’ll notice in that statement the word temporarily was used, and that’s what bothers us about this because this situation should not have happened in the first place and it clearly highlights government neglect of asylum seekers, people who have been through hell and have every right to be here. The government now appear to be saying that asylum seekers are their responsibility but they haven’t behaved like it up to now, and have clearly displayed that they don’t care about the lives of refugees. And our worry is that this situation will just go back to how it was before. This was a dire and desperately urgent situation that should not have happened, with people being kept in inhumane conditions – people who have already suffered too much.

Why has it taken the government so long to act? Because, given the way the immigration Minister, Chris Philps, and the Home Secretary, Priti Patel, responded to this, they simply don’t care about the lives of people who have had to flee war, famine and persecution.

Kent Refugee Action Network have said that they look forward to all the residents of the Napier Barracks site being moved out. And we in the ACG feel the same way and would just like to echo what else they said, which is that:

They are not criminals, and need to be housed in communities where they can receive the support they need.

We absolutely agree with that.

Don’t be conned by racist lies and racist propaganda, don’t see other people in an inhuman way and allow vulnerable people to be treated inhumanely.