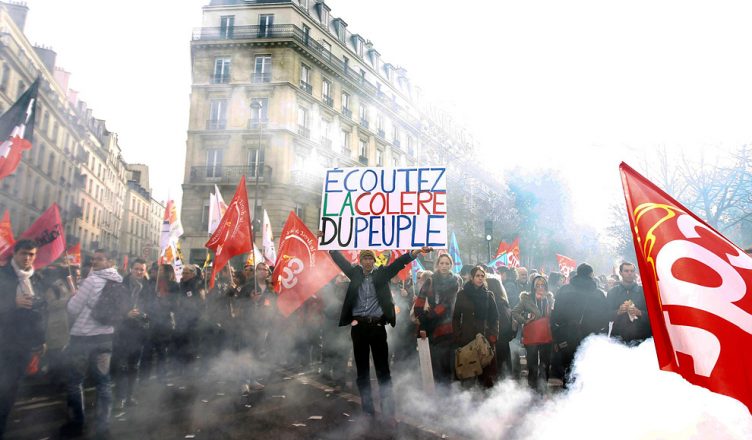 The start of the general strike in France last Thursday saw 250,000 demonstrate in Paris. Overall we had the Ministry of Interior give a figure of 800,000 for those taking part in demonstrations in the whole of France and a figure of 1.5 million from the unions. Mobilisations continue, and some unions have called for a remobilisation of the strike movement on December 10th. However, if the dates of December 5th and 10th are close together, they still don’t answer the call for an all out continuous strike movement.

On Saturday there were events in several cities against precarity although not attracting that many people. On the same day Yellow Vest mobilisations occurred in many cities and towns with blockades and demonstrations, however, with a smaller turnout than at the height of Yellow Vest actions.