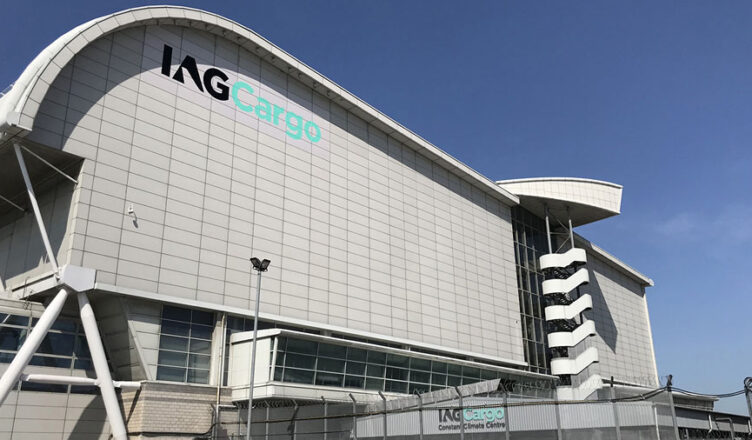 Workers with the Unite union at British Airways Cargo have just completed nine days of strike action. Beginning on Christmas Day and ending on 2nd January, workers were striking in an attempt to protect their pay and conditions. Unfortunately, due to COVID, the union decided not to maintain any picket lines. British Airways are cutting staff’s pay (25% for some staff), downgrading other terms and conditions (holiday, sick etc) and breaking up their bargaining unit (making them negotiate for pay separate to the rest of BA staff). BA are also threatening to outsource their cargo operation all together.

All this is very similar to what Heathrow Airport Limited (HAL) have been doing with their staff. BA spokespeople, like HAL’s, have been telling the media that large numbers of staff on newer contracts are actually getting a pay rise out of the proposals. [1] Given the 98% return for strike action it looks as though most staff have hopefully seen through these divide and rule tactics. Like a great many workplaces at Heathrow, the divide between staff on old and new contracts is a tricky one to navigate. A cargo worker told us that although most of the newer staff walked out, there is still a feeling that they are under-represented and that the strike was mainly about protecting the old contracts. Although the old guard on the night shift stand to lose £11,000 and 20 year bods stand to lose £8,000, these are still amounts that newer starters never had in the first place. As is the case elsewhere at Heathrow, workers that have been there a long time also often occupy the easier jobs and the better shift patterns. Resentment can easily grow and just as easily derail industrial action if left unchecked. In this particular instance, it’s believed the timing of the strike at Christmas and the £70 a day strike fund, may have been enough to get newer starters on board with the strike. But any strategy that is going to last is going to need to address the inferior conditions of newer starters. Workers on these contracts need a forum where they can make their own demands. Are they going to be willing to continue a hard strike without one?

BA’s onslaught is made all the more outrageous by the fact that these workers have shipped 12,000 tonnes of PPE into the country to help deal with the pandemic. The government has awarded BA and Virgin Atlantic £150m worth of contracts between them for the PPE shipments (BA probably making up the lions share) and awarded a further £2.7m so far to BA for flying testing kits back from China. [2] The government is dishing out huge sums of money to BA, without competition, while they slash their workers pay and destroy their bargaining rights. We shouldn’t be surprised by this, but it should focus our anger to fight as hard as we can against these disgusting attacks.

Once again, Heathrow workers have shown they’re not willing to just take these attacks lying down. Compared to much of the workforce across the nation, nine continuous strike days, over the Christmas period is a bold move. It’s unclear at the moment exactly how much impact the strike has had. The management don’t appear to have reacted, and there hasn’t been any reports of severe air cargo delays or disruption. Even before the strike, delays were being reported at ports. A number of issues have been causing logjams, including a rise in imports following the end of the first coronavirus lockdown, Brexit-related stockpiling and containers filled with personal protective equipment not being collected from ports. Mountains of uncollected containers are having to be stored at huge cost and many companies have been worrying about having enough supply to meet demand over Christmas. [3] In an attempt to alleviate delays, BA were asking their customers to “unitise” their freight rather than sending it “loose.” [4] With the queues of lorries in Kent in the run up to Christmas, it was likely even more companies would be looking to move their goods by air. Cargo is the only department in the company that has managed to turn a profit since the start of the pandemic. The timing seems reasonably well-suited for the cargo workers to take strike action. We’ve heard that, although there has been some scabs crossing the imaginary picket line, only a handful of staff have been in work. Maybe 20 out of around 600. By this measure it’s been a pretty successful strike. If this strike hasn’t caused the disruption required to change the companies mind, we need to ask why.

Some of the work is probably being mopped up by companies like Dnata and Menzies. Does the union have a strategy to tackle this issue? How have BA weathered the storm? Why have we not seen reports of freight pile-ups and empty shelves? British Airways has likely enlisted the help of scab labour from somewhere and temporarily outsourced some of the work to another company. If companies can do this, what can we do to counteract it? The workers that are doing the work might not even know they are scabbing. We need to get to them and let them know. If there were areas in Heathrow that were still moving goods that would have usually passed through IAG Cargo, it could have been targeted for some kind of socially-distanced action. COVID-19 is making all these things more difficult, but we can’t just wait, in the hope it goes away. It is a tough call, but we are going to have to think of solutions.

It also raises the question of what could have been done sooner. At the start of this crisis, BA were threatening to make 13,000 staff redundant and “fire and rehire” everyone else on zero-hours contracts and people were saying nothing can be done. “No ones flying.” “BA don’t care if we strike.” This was never entirely true of the cargo division. Although passenger flights had plummeted, there was still obviously a need for goods to be flown in. The fact that IAG didn’t have dedicated cargo planes and nearly all its freight arrives in the belly of passenger planes, also presented a problem for the company. Workers we are in contact with watched BA staff hollow out Boeing 777’s, to turn them into makeshift cargo planes. Work that was needed, to keep the company running, was happening and should of been stopped until the company removed its threats. A high level of organisation is required to make this a reality, but it’s where we need to be at if we’re going to stand a chance in situations like this. The lack of a unified response and the strategy of departmental deals that was pursued by the union, has now left the comparatively powerful cargo division isolated. A combined fight back at the start, with cargo playing the pivotal role, may have been beneficial for everyone. This is all good in hindsight, but was predicted by workers we know at the time. [5]

Looking to the future, with the introduction of customs declarations on goods coming to and from Europe and extra checks on food and livestock, cargo workers everywhere may have a window in which their bargaining position is higher. Even so, it’s fairly clear that unless workers start combining their efforts across unions, companies, industries and eventually borders, we’re not going to be able to resist the bosses blitz on our conditions. Workers on the HAL picket lines in December were keen to combine their efforts with the cargo workers and even the striking Rolls Royce workers at Barnoldswick. [6] Workers can see the logic and there is a definite appetite for it. Loads of workers at Heathrow and in aviation everywhere are in the same boat. Even before the crisis, while companies have been making massive profits, most of us have been seeing our living standards squeezed. The pandemic is just accelerating the downward trend. The boards, shareholders and the management lackeys at these companies are going to be ok. Why should our fellow workers struggle to make ends meet? We don’t have to accept it. Together we can apply the pressure needed to make sure we aren’t the ones that pay for the bosses crisis. If you want to get involved with our efforts to bring this about, get in touch!
Email:-heathrowworkers@protonmail.com