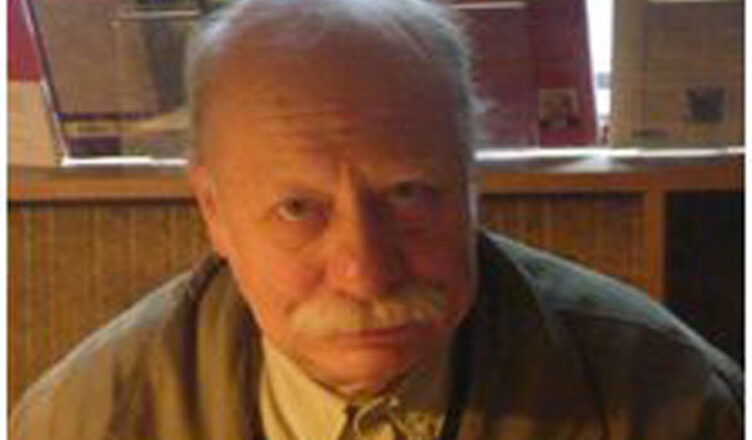 The leading French historian of anarchism Alexandre Skirda died on December 23rd after a long illness. This year has not been a good year for libertarians, with the deaths of Stuart Christie, novelist Michel Ragon, and writer and journalist Maurice Rajsfus, among others.

The son of a Russian exile, who worked as a taxi driver in Paris, and a Ukrainian mother, Alexandre became politicised at an early age, setting up the small libertarian communist group Groupe d’Etudes et Action Anarchiste (Anarchist Studies and Action Group) with Roland Biard (1942-1998) who was also destined to become an important historian of French anarchism, when they were both 19. They took part in many of the demonstrations against the war in Algeria, including that on 8th February 1962 at the Charonne metro station, when police brutally attacked demonstrators, resulting in nine deaths.

Together with Biard he joined the Union de Groupes Anarchistes Communistes (UGAC-Union of Anarchist Communist Groups) and then together they were involved in the founding of the Mouvement Communiste Libertaire – (MCL-Libertarian Communist Movement) in which Daniel Guérin and Georges Fontenis were also members. Both Skirda and Biard were defenders of an organised and structured anarchist communism, and were admirers of the Organisational Platform of the Libertarian Communists, written by Nestor Makhno, Petr Arshinov, Ida Mett, etc. They thought that the MCL was not Platformist enough, and left it to join the Organisation Révolutionnaire Anarchiste (ORA) in summer 1971.There Skirda operated under the pseudonym of Brévan.

With no involvement in academic circles, he began to involve himself in historical research on Russian and Ukrainian anarchism. Unable to access Soviet archives, where he was persona non grata, he assembled many texts published by exile groups in France. This enabled him to write the books Kronstadt 1921. Le prolétariat contre le bolchevisme et Les Anarchistes dans la Révolution Russe which assembled various such texts with his commentaries. He was thus able to establish the responsibility of Trotsky in the crushing of the Kronstadt Commune in 1921, and to indicate the widespread activity of anarchist militants in the Russian Revolution.

In 1979 he published Le Socialisme des Intellectuels, which contained a biography of, and texts by, Jan Waclaw Machajski, the Polish revolutionary. But perhaps his most important books were those on Nestor Makhno, a version of which first appeared in 1982 and of which a later edition was translated into English as Nestor Makhno, Anarchy’s Cossack; and his Autonomie Individuelle et Force Collective: Les Anarchistes et l’Organisation de Proudhon a nos Jours, translated into English as Facing the Enemy: A History of Anarchist Organisation. This was followed more recently by the appearance of Kronstadt dans la Révolution Russe, texts by the leading Kronstadt anarchist Efim Yarchuk. In Facing the Enemy, he was keen to defend the Organisational Platform, whilst being critical enough to question some of the manipulative behaviour of Fontenis within the French libertarian movement.

Skirda was also involved in the creation of films, together with Bernard Baissat, of various revolutionary veterans. One of these featured Marcel Body, who had gone to Russia from Limoges to participate in the Russian Revolution. As a result this led to the publishing of Body’s memoirs, with Skirda’s participation. He also co-wrote the memoirs of the veteran Swiss anarchist André Bösiger.

From the 1980s onwards, Skirda worked as one of the booksellers who can still be seen selling their wares on the banks of the Seine in Paris, running a stall on the Quai Saint Michel.

Had Skirda lived and been in good health, he would have taken part in meetings to commemorate the 100th anniversary of the Kronstadt uprising, but sadly, this will not now be the case.