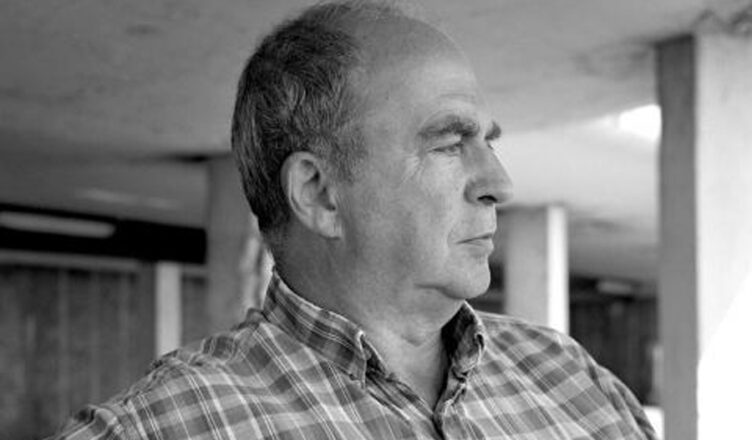 We mourn the loss of our anarchist comrade Stuart Christie who died on August 15th. It was thanks to people like Stuart Christie and Albert Meltzer that British anarchism began to break with the liberal, quietist, gradualist and “non-violent” outlook that had pervaded it since the end of the Second World War. They sought to return it to its radical roots, back to a revolutionary working class anarchism that had first emerged with the First International.

Joining the Anarchist Federation in Glasgow in 1962, Stuart became involved in the anti- nuclear bombs movement, at first with the Campaign for Nuclear Disarmament and then with the more radical direct-actionist wing of the anti-bomb movement, the Direct Action Committee and its successor the Committee of 100.

Stuart made contact with the action groups of the exiled Spanish anarchist movement, organised around Internal Defence (DI) and involving militants of long standing like Octavio Alberola and Luis Andres Edo. As such he was arrested in Spain in 1964 and charged with the possession of explosives. These were intended for an attempt on Franco’s life and he was sentenced to 20 years imprisonment. Thanks to a continuing international campaign he was freed after 3 years.

Returning to Britain he re-founded the Anarchist Black Cross with Albert Meltzer, which acted as a support organisation for prisoners internationally. Its bulletin transformed itself into Black Flag, a paper advocating revolutionary class struggle anarchism.

Stuart Christie co-wrote The Floodgates of Anarchy with Meltzer in 1970, which further popularised class struggle anarchism. He strongly believed in the power of the printed word and founded Cienfuegos Press and Cienfuegos Press Review. He was also involved in the setting up in the Centro Iberica and International Libertarian Centre in London with the Spanish militant Miguel Garcia.

In 1972 he and other defendants were acquitted in the Angry Brigade trial. In 1974 he moved to Orkney and edited a local radical paper there, the Free-Winged Eagle. In 1981 he moved to Hastings and set up the Anarchist Film Channel in 2006. He also produced a three-volume autobiography which was then condensed into a bestselling paperback Granny Made Me an Anarchist in 2004. In addition, Stuart brought out his history of the Federacion Anarquista Iberica, We, The Anarchists! And re-published Jose Peirats’ three volume history of the Spanish anarchist movement, continuing his publication and distribution of books and films through his Christie Books.

Stuart did much to popularise class struggle anarchism, and his importance to the movement in Britain cannot be underestimated. He was definitely “on the side of the angels”. However, it would be false to say that there were no differences with the current in British anarchism which has culminated in the Anarchist Communist Group. He was suspicious of specific anarchist organisations, preferring an approach of ad hoc organisation and networks of affinity groups. As a result, he was to characterise the Organisation of Revolutionary Anarchists as “semi-Trotskyist”. Similarly, he gained entrance for the Franco-German militant Daniel Cohn-Bendit, with whom he shared similar organisational views, to the congress in Carrara in Italy of the International of Anarchist Federations. Cohn-Bendit promptly denounced the Cuban anarchists present as agents of the CIA for daring to criticise the Castro regime. As Stuart was to write himself: “He had no proof whatsoever for this accusation…” Well, now Cohn-Bendit is a reformist politician, which speaks for itself. Stuart thought that the existing anarchist federations were sclerotic, oligarchic and bureaucratic and indeed there was some truth in this, with people like Federica Montseny and Germinal Esgleas of the exiled CNT-FAI, always opposed to militant direct action, carrying out bureaucratic manoeuvres at the congress. However, there were also present many long-term anarchist communist militants like Alfonso Failla, Mario Mantovani and Umberto Marzocchi. Was it the right decision to abandon the Congress and set up an informal one at the beach nearby as Stuart and others did? The Congress represented a clash between different generations, but it also represented a clash between spontaneism and organisation. Certainly, one of the positive things that came out of the informal congress was the idea to set up Anarchist Black Crosses in different countries, but looking back was it not a good idea to develop better relations with the best of the militants of previous generations?

Despite these fraternal criticisms, we appreciate the many beneficial influences that Stuart had on British anarchism, not least the creation of the ABC, Black Flag, and his consistent publishing efforts. Stuart was a comrade of great charm, warmth, humour and a wide and expansive culture. He will be sorely missed. We extend our condolences to his daughter and granddaughters.