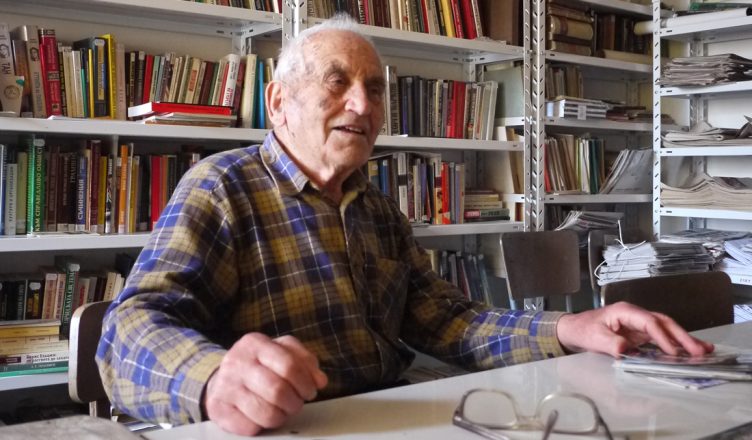 It is with great sadness that we have to report the passing of our Bulgarian comrade, Alexander Nakov, who died in Pernik on 10th November 2018, aged 99 years. The Anarchist Communist Group sends its heartfelt sympathy and solidarity to Alexander’s family, friends and comrades, both in Bulgaria and around the world.

Alexander became an anarchist in 1936, inspired by news of the Spanish revolution. He remained steadfastly committed to his anarchist principles for the rest of his life. He joined the Federation of Anarchist Communists in Bulgaria (FACB) and was highly active in what was effectively a mass anarcho-communist organisation with deep roots in the urban and rural working class, before it was crushed by the Stalinist government. But Alexander’s revolutionary spirit was never crushed, even though he endured many years in prison, concentration camps and enforced exile, under both fascist and Stalinist regimes.

With the collapse of Stalinism in Bulgaria, Alexander became active in the newly formed Anarchist Federation of Bulgaria (FAB), founded in 1990. He continued to be active for most of the years after, until poor health due to old age and the years of prison punishment made this increasingly more difficult for him.  ACG and AF members and friends may remember the Skype meeting with Alexander at the London Anarchist Bookfair in 2016 to launch the English edition of his autobiography. It was a meeting memorable not only for Alexander’s comments but also for the meeting’s poignancy and the emotional impact it had on those present.

In the words of the Stalinist secret police, Alexander was “modest, a teetotaller, and a fine worker. He is possessed of a good overall political grounding, reads a lot, knows Esperanto and is a member of the New Path Esperanto Society. He is a fanatical anarchist who openly declares that nothing on earth can divorce him from his ideas and from his relations with anarchists.”

In Alexander’s own words, he received his “secondary education in fascist prisons” and his “higher education in Bolshevik prisons” and he says, “I still believe that only when anarchists are organised in a consistent, serious and united manner, will they finally be able to reach out and filter across the world scen 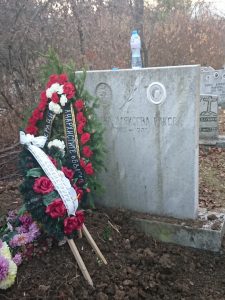 e, cease being passive witnesses, and instead will become active participants in the human purpose to create each day.”

Alexander was the last of that heroic generation of Bulgarian anarchism which sacrificed everything for the anarchist cause. He and his comrades shall not be forgotten.

More info on Alexander Nakov can be found HERE