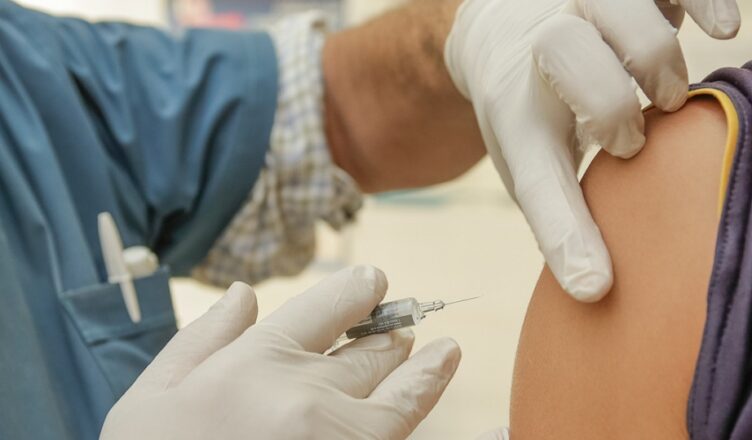 The pandemic, pay and the state of the NHS: a nurse speaks to the No Safety No Work (NSNW) campaign

Q. What are your main concerns about the NHS?

The billionaire, ex hedge fund managing Chancellor has now pitted public sector worker against private sector worker as a divide and rule tactic.  All workers benefit from the labour of others and all deserve wages that reflect the true worth of their contribution to society and comparisons are invidious.

In 2016 Jeremy Hunt gave £12.5 million to the Virginia Mason Institute hospital in Seattle in order to teach five trusts how to maintain standards.  During that period my hospital failed in 29 areas. John Lister, national spokesman for Keep Our NHS Public, suggested that if we return our health system to a well funded, publicly managed and provided NHS service and we end wasteful private contracts and market principles, then patient’s will receive safer and more efficient care.  America has a neoliberal tendency to monetise and financially engineer operations in favour of short termism. It would seem that we are being eased gradually into a USA style healthcare model. The NHS is being set up to fail so that the global private healthcare sector can be called to come to the rescue. It makes me angry and depressed.

Q. How did the NHS manage the Covid 19 first wave?

A. Dr Dominic Pimenta, a junior doctor, started a charity, HEROES, to try and obtain much needed PPE.  His hospital ran out of supplies and he also stated that some hospitals were low on oxygen and some drugs. The NHS has to avoid being seen as something that needs to be supported by charity, even in an “unprecedented emergency”. It was well known that pandemics were a feature of global capitalism and the failure to plan and prepare adequately for them is as disconcerting as it is sinister.

Staff are not routinely tested and in areas where this was carried out it was discontinued as many staff tested positive.  Long term Covid is triggering disciplinary actions regarding sick time.  Morale has been badly hit and many workers are considering leaving the service as they will never work under the conditions that they have experienced again.  The continuous employment of newly qualified staff in specialised areas is not fair on inexperienced staff or the experienced staff who have to ‘carry’ them. Hospital managers are only concerned about being seen to have “safe” staffing ratios. Staff morale and patient care does not seem to have been considered. Migrant workers are compliant, due to obvious reasons like security of tenure, and many staff are scared regarding keeping their jobs and wanting to gain promotion.  Privatisation will inevitably creep in to the staffing of the service with more and more agency staff being used. There is very little solidarity among staff. This is why we need support from our communities and campaigners.

Q. Can you tell us about the NHS Pay Campaign?

A. Our campaign has been led by grassroots organising groups, like Nurses United, but we have placed an emphasis on the need to join a union.  There is now a coordinated response in order to obtain the pay award. The Royal College of Nursing (RCN), the clue is in the name, has broken ranks, though, and has forbidden its members from joining Nurses United. However, it is well known that the RCN is a ‘sweetheart’ organisation so we are not discouraged by their attitude.

Nurses do not have a pay review body that truly represents their workforce’s pay interests.  Not a single nurse, midwife or allied health professional sits on the panel.

Nurses launched a Facebook page after nurses and other public sector staff were left out of a public sector pay rise and now it has grown to an engagement of 85,000 people.  Student nurses, midwives and other NHS trainees pay for their training.  We are marginalised and our voices are ignored by politicians.  Pay justice is about a real terms increase and nurses wages are 20% lower than they were a decade ago.  It is now a difficult time to campaign as we cannot spread the message or be active in the same way, but we have lobbied MPs and forwarded our personal experiences to the Pay Review Body.

NHS workers were inspired to come together in order to win the recognition, reward and workplaces that we deserve.  Nursing is political.  We have to see the connections between health and education, health and social care, health and economics, health and all aspects of life. At the very least, our campaign can raise awareness of interdependence.

Q. How is the NHS coping with the Covid second wave?

A. Despite the fact that our unit is fully staffed, our skill mix can be poor.  A large number of newly qualified and partially skilled staff puts enormous stress on the long serving nurses.  We have a stipulated patient/staff ratio according to ITU guidelines.

There are revised guidelines regarding the second covid period when there may be a surge in cases.  Critical care nurses can have a ratio of 2:1 (double the former one) and more, assisted by a non ITU nurse. This was agreed by NHS England and nursing organisations.  Concerns are that ITU nurses will be spread too thinly and there can be substandard patient care with that kind of staffing ratio.

The advice for workers who are affected by this policy is to:

Record all incidents when patient ratios are exceeded.  Be vigilant with recording all near misses and when any harm has occurred. Of course, recording incidents is time consuming, hence not all incidents will be recorded.

There will be a massive amount of psychological trauma in ITU nurses.  We now have a ‘bespoke’ well-being management system.  At what cost? Well-being is the new capitalist spirituality.  In a capitalist society stress is endemic and the only solution that is offered is finding a way to cope.

Q. How do we engage with activists and the local community?

A. 1.  Sign petitions.  Use the relevant letter tools and write to your MP about how you care and your concerns regarding the NHS pay issue.  Take up the cause within your own union, group or party.

2.  Health workers – Talk to your colleagues about why they deserve a pay rise.  Write to MP’s and join a union.

3.  Supporters and friends.  Talk to people you know and ask them to do the same.

4.  Show support and put a poster up in your window.  Share social media posts online.

Q. Is there anything else that you’d like to say?

A. The NHS has become top down and is riddled with private sector companies’ interests.  The god of capital will always come first before people’s health.

We must demand no more underfunding of our NHS or its subjugation to the needs of capital.

If the government succeeds in carrying out this despicable attack on workers at this moment, it could embolden them to be even more savage in their attacks on working class lives as they try and mitigate the impact of the pandemic on profits.  A victory for health workers could impact on their destructive agenda for the NHS and give strength to all forthcoming struggles.

Thank you for this and thank you for your work in the NHS. The No Safety? No Work! Campaign will provide its Solidarity! 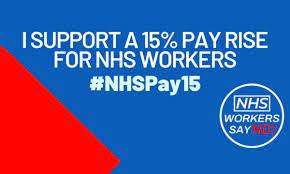