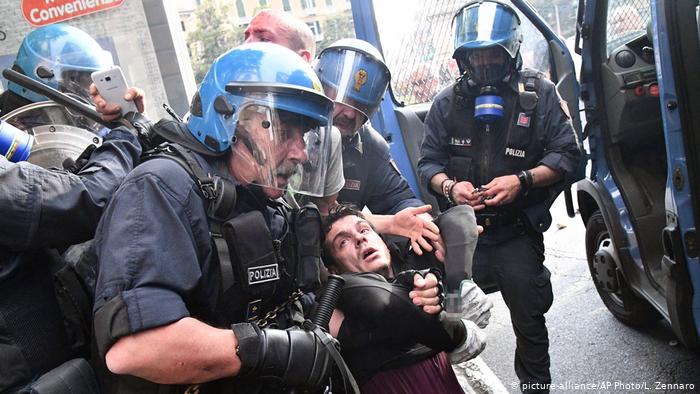 Whether it is Britain, France, the USA, Russia or Hong Kong, the police have been shown to be the enforcers of capitalism and the State. They are there to protect the ruling class, to crush demonstrations which get out of hand, to break strikes and to control working class neighbourhoods. They spy on any oppositional movements, infiltrating their undercover agents and using methods of provocation and other dubious means of operating, including insinuating themselves into positions of trust and establishing sexual relations with activists.

The massive wave of protests that have engulfed many countries including here around the Black Lives Matter slogan and that have mobilised millions worldwide have raised the question of the continued existence of the police, with calls for defunding them, and horror of horrors, actually disbanding them.

We must seriously think about the need to envisage a society without the police. A drastic rethink is needed so that a State body that murders with impunity can no longer exist.

The police worldwide are scared by these demands. In France Macron was forced to ban the chokehold under the pressure of the many demonstrations taking place throughout France. The police responded by threatening not to make any more arrests, feeling that Macron was not backing them enough. Under his regime the police have acted with impunity, increasingly militarising and arming themselves. At the same time the far right has established cells within the police. The arrogance of the police means they will not put up with minders who don’t back them enough and they will increasingly turn towards the Front National as a possible backer. Meanwhile they are widely detested throughout France, where they are regarded as a force of occupation in many neighbourhoods.

In Britain the Labour Party and various Leninist groups have attempted to capture and tame the Black Lives Matter movement. For example we get the Labour Mayor of Tower Hamlets, John Biggs, turning up at a demonstration and saying that he was there to “show my solidarity and support for Black Lives Matter”, adding that “We don’t need to disband the police—some of you may disagree—but we do need them to be accountable and to listen.” Biggs, to remind you, heads up a council prepared to attack its workers who are resisting by going on strike (see the article here on our website, Tower Hamlets Labour council attacks workers).

Also keen to jump on board are BAME cops like Neil Basu, head of Specialist Operations with the Metropolitan Police, that is the boss of counter-terrorism. He said that “criminal opportunists” had tried to exploit the BLM demonstrations, but that the vast majority “have a point”. He went on to say that real progress had been made since the publication 20 years ago of the Stephen Lawrence findings. Yeah, tell that to the many families that have had their loved ones die in police custody under suspicious circumstances, tell that to all those harassed and hassled in the streets by the cops.

In the USA, we have black police chiefs like Daniel Hahn, head of Sacramento cops, who has presided over the cop murder of Stephon Clark in 2018, an African American killed in his grandparents’ backyard. Meanwhile the leftist favourite Bernie Sanders continues to argue against the defunding of the police and says that they should be paid more! He wrote to another Democrat politician that in order to “modernise and humanise police departments we need to enhance the recruitment pool by ensuring that the resources are available to pay wages that will attract the top tier officers we need to do the difficult work of policing.”

The police cannot be reformed. They are there to protect the rich and enforce a system that is inherently racist, authoritarian and exploitative. They must be dismantled, abolished, put out of existence. The only way that can happen is through a mass movement of the working class, through a Revolution. The worldwide movement that has emerged after the death of George Floyd could be one of the building blocks to create just such a movement. In the meantime, have no faith in Labour, the Democrats or other political rackets, there to demobilise movements for real change.