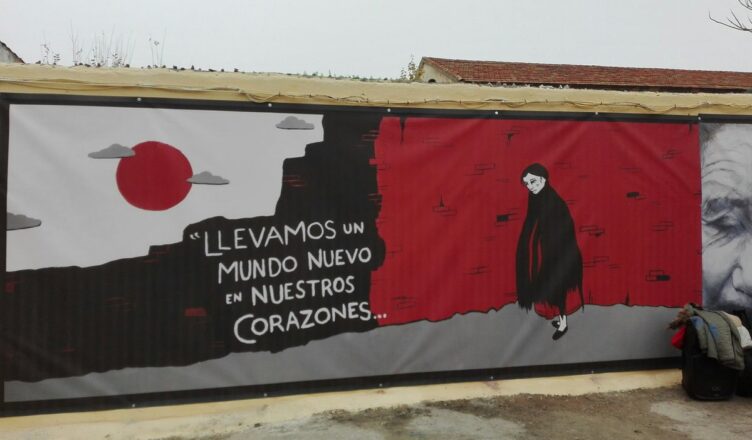 A new world is emerging. Its outlines can be vaguely glimpsed through the clouds of tear gas on the streets of Belarus, Hong Kong, Lebanon, Iraq, Iran, Sudan, in cities of the United States like Portland. Its birth cries can be heard despite the crash of rifles and the explosion of stun grenades. Everywhere it emerges, whenever people come out on the streets or strike in the workplaces against oppression and exploitation, it is met by the full force of the State and the boss class. Despite the beatings, arrests, the rubber bullet rounds, the CS gas and the pepper spray, despite the killing of unarmed demonstrators, despite censorship and the clamping down of social media, it becomes stronger every day. Whether on the streets in Chile, Mexico, or France, it knows that its enemies are capitalism and the State, the pernicious, lying media, the uniformed mercenaries in police or military uniforms, the tame and fawning academics and intellectuals.

They are starting to realise that politicians, bosses, the police, the idle rich, the property developers are not needed and can be swept away. Whereas now we are being driven out of neighbourhoods by the ghoul of gentrification, or forced to live in a tiny, insanitary space with a crippling rent, or sleep rough in a doorway, we could look towards a new world where there is a guaranteed roof over everyone’s heads and no buildings lie empty for the sake of speculation.

This world would be based on mutual aid, something that we are now seeing being practised throughout the world in the face of the pandemic or in response to disasters like the Beirut explosion. These faltering steps at mutual aid could be extended to the whole of society.

The Black Lives Matter movement that is spreading internationally and that is challenging racism and police brutality show us the power of collective action. Symbols of slavery, oppression and exploitation are being torn down. How much better would it be if not just certain symbols of racism were to vanish, but the whole edifice of racism came crashing down? Slavery nurtured the rise of capitalism; racism and capitalism are entwined like malignant serpents and both must be destroyed.

Similarly, developing movements against the exploitation of women both economically and sexually, against sexual violence and harassment, show how old systems of patriarchy were incorporated into capitalism. Globally women work longer hours than men because as well as paid work, they have to perform the bulk of domestic labour. Globally, women workers are paid far less than male workers. Women are either confined to the household or are, in general, in jobs where they are paid less than men. Many of these jobs are in care, cleaning and healthcare, which supposedly women “naturally” perform. The more women in a particular sector, the lower the pay in that sector. Women’s liberation cannot come without the destruction of capitalism, and equally, a new society cannot be put in place without gender equality.

This new world that is being roughly sketched before our eyes by current events, is one that periodically is glimpsed during times of heightened change, during the Paris Commune of 1871, the Russian Revolutions of 1905 and 1917, the German Revolution of 1918, the Spanish Revolution of 1936, the Hungarian Revolution of 1956 and the May-June events in France in 1968. It is now being glimpsed again.

“Ay, all of us together, we who suffer and are insulted daily, we are a multitude whom no man can number, we are the ocean that can embrace and swallow up all else. When we have but the will to do it, that very moment will Justice be done: that very instant the tyrants of the Earth shall bite the dust.” Kropotkin, Appeal To the Young.