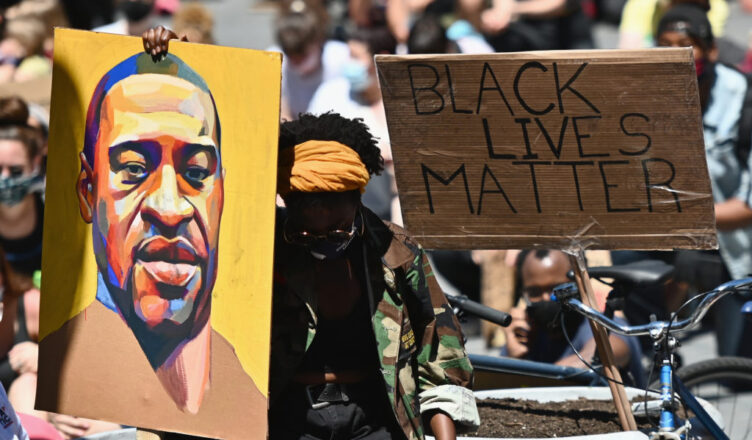 Before you read this

I’m a white man. My opinion on this should not be the first, or last, take you read. Please, before reading this, have a look at this document for a set of UK-centric (but not UK-exclusive) resources for educating yourself, and helping the anti-racism movement, in this country and worldwide.

I also wholeheartedly recommend this youtube video by youtuber Angie Speaks, which gives an excellent introduction to the idea that radical leftism, anti-capitalism, civil rights, and anti-racism are all enmeshed movements.

Finally, here and here are two reading guides for black anarchism, again showing how oppressed racial minorities have been leading voices in anarchist movements throughout history.

There are two fights going on.

On the other, we fight against economic inequality, against police brutality, against in-work poverty, against corrupt, lying politicians and their murderous policies.

These two issues are separate, but they are so tightly coupled that most of the time they can appear to be the same struggle. In the last ten years, black people made up 8% of deaths in police custody, when they make up only 3% of the population, black women are five times more likely than white women to die in childbirth in this country, and BAME people are disproportionately more likely to be in poverty than white people. The systems of oppression used against us do not affect us equally.

Fighting one, weakens the other…

Racism, other prejudices, and systems of oppression, are so tightly linked that, in fighting one of them, we also fight the others.

White people getting angry about immigrants “coming here and stealing our jobs” is an employer’s dream, because this anger directed from one worker to another hides the true injustice: bosses are exploiting immigrants to be able to pay them lower wages, and throwing away the workers they had previously without a second thought. Immigrants don’t drive down wages: bosses do. Racism divides the working class against itself, and as we fight racism, we open former racists’ eyes to the true causes of their problems: not immigration, not minorities in their communities, but an unfair economic system.

At exactly the same time, as we fight systems of oppression, as we fight an unfair economic system, we wear away these existing prejudices. The question of “why are people racist?” is a huge topic that has been extensively covered elsewhere, but I think it’s fair to say that a lot of prejudice comes from a place of fear, or not understanding. Those who are anti-immigration fear for their jobs, and simultaneously notice a lot of “unfamiliar” people moving into their community. They believe their livelihood is threatened, and it’s very easy (though obviously wrong) for them to blame “those new people”, who they don’t understand.

This is why we must fight against capitalism, and all of the oppressive structures that it enforces. By removing the source of this fear, by fighting economic injustice and removing reliance on wage slavery, you would create an environment that breeds understanding. If we no longer live in a capitalist system, and people no longer have to struggle simply to stay alive, then I truly believe people wouldn’t be so afraid of immigration! What’s more, many stereotypes of immigrants as being criminals are only reinforced by existing prejudices. Police are far more likely to target black men, for example, and so far more likely to arrest them, further reinforcing this harmful stereotype. Without police, poverty, and the need to turn to crime, these divides would vanish.

…but we must fight both

Even though these two fights are intertwined, that doesn’t mean we can focus only on one. I went to a Black Lives Matter protest on Saturday the 6th of June, and I was struck by something one of the speakers said: “We need more black CEOs”. To anarchist communists, this is the same as responding to police violence against black people by calling for more black police officers! Anarchist communists see CEOs as part of the problem, as part of the oppressive system that hurts everybody. Fighting racism by asking that both black people and white people have an equal opportunity to be on the side of the oppressors does nothing to destroy the systems of oppression that are being used against black people in the first place.
At the same time, to dismantle these systems of oppression without tackling the poison of racism infecting much of the population would also be a mistake (as it is impossible!). To overturn capitalism, we have to come together as one united working class, and that simply can’t be done while we are divided against each other on the basis of race, gender, sexuality, or other lines. We must fight racism, sexism, homophobia, transphobia, and all other prejudices, just as passionately as we fight capitalism, because without a united working class we won’t be able to win. (You see now how these prejudices can be used by the oppressive class to divide the working class against itself: capitalism and racism are friends!)