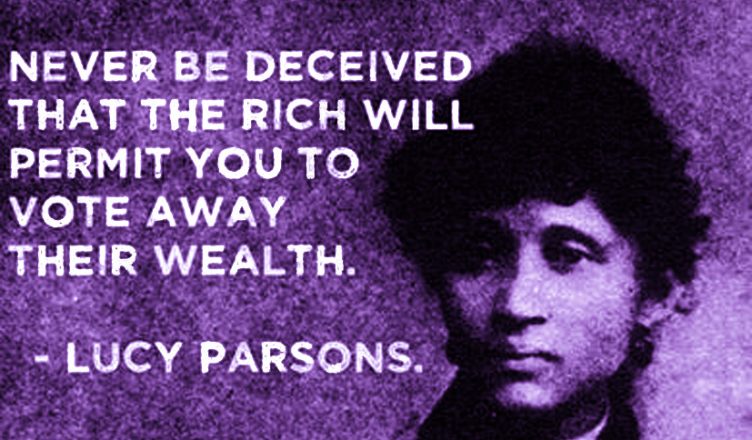 In many towns and cities local elections are happening soon, and in spite of the whole Brexit shenanigans, the political parties are now gearing up for European elections. Meanwhile, the possibility of a general election is also looking increasingly on the cards.

We are told that we live in a free society, and that this freedom is the result of us casting a vote. In our society it is treated as a truism that because we choose our masters we are free.

But we don’t live in a free society, and we don’t make a free choice whilst in the polling booth. The system of education, the media, and the corrupting power of money mean that governments end up serving the interests of the ruling elite. But even if these problems could be resolved, elections cannot solve the problems our society faces. The state cannot be democratised and the electoral process is the process of excluding people and ideas.

We call on the working class to reject faith in political parties and elections. The state cannot be reformed. The ongoing failure of elections and politicians to change our lives is not the result of the personal flaws of politicians, or a flaw in our constitution, or just bad luck. Our political system is not failing to live up to its potential, it is doing exactly what it is meant to do, serve the interests of the powerful. The state is a medieval relic and has all the violent institutions and sites of unaccountable power that you would expect of that age.

The Anarchist Communist Group understands that many people currently vote in the hope that their vote will mitigate some of the worst excesses of capitalism and help the most vulnerable. This impulse is born from the principle of solidarity and as such is welcomed. However we would remind workers that the economic and social security of their class is a product of their willingness to organise and fight, not the exact makeup of the council chamber or parliament.

We are in all probability heading towards a general election, a period of time where we are told we have to vote or we are failing a citizens.  Anarchist Communists have a different view. We want to end the tyranny of capitalism and the oppression of government. In such a revolutionary situation it’s vital that people don’t re-establish a new government, whether it’s legitimatised through the ballot box or through a revolutionary party.

That’s why the Anarchist Communist Group is using the coming election period as a platform to call for all of the working class to abandon faith in elections, political parties and all the paraphernalia of the state. Instead go out into your communities and organise to resist capitalism and the state.