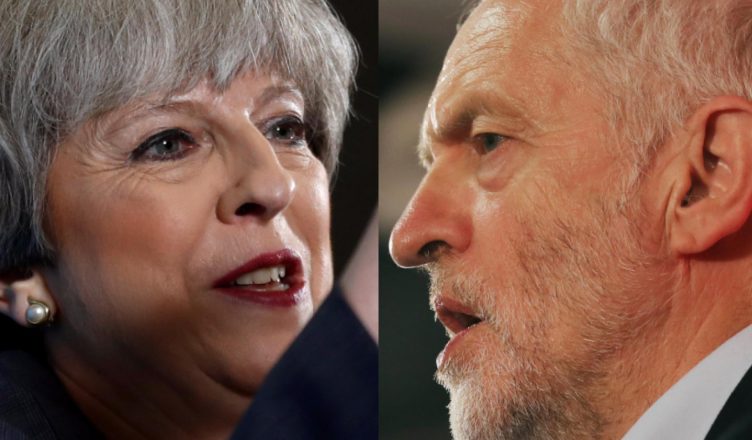 This article from 7th April has been reposted with some amendments.

Jeremy Corbyn responded to Theresa May’s request for talks about a possible alternative Brexit deal by dropping his demands for a general election. May started the overture with an appeal for “national unity to deliver the national interest.”

Instead of talking about working class unity Corbyn responded to this with the statement that he would agree to talks and recognised his “responsibility to represent the people that supported Labour in the last election and the people who didn’t support Labour.” Instead of pressing ahead with a no confidence motion in the government, he now commits himself to “national unity”.

For the last three years Corbyn has tolerated the Blairite/Brownite right within his own party against the feelings of those thousands who have joined Labour recently, believing it was a vehicle for radical social change.

Corbyn’s office criticised Tom Watson, deputy leader of the Labour Party, when he said that he was ready to enter a party of unity with Remainer Tories but three days later Corbyn got involved in exactly the same sort of manoeuvre. He talks about looking for a way “to unite Parliament and the country”.

We can see from this that Corbyn is prepared to run to the aid of a political system that appears to be tearing itself apart. The British ruling class can gauge Corbyn as an ally against any genuine working class movement by diverting it into the trap of the Labour Party and the illusion of a parliamentary road to “socialism”.

This is possibly the worst crisis that the British ruling class has faced since the Second World War. Instead of highlighting this, instead of raising the grave problems of climate change, the destruction of the NHS, the rise of racism and populism, and the ongoing austerity measures, Corbyn seeks to get the chestnuts out of the fire for the Conservative government.

But then we should expect nothing less from Her Majesty’s Loyal Opposition. After all, the Labour Party has never been a socialist organisation but has always represented the leftish wing of capitalism. The role of socialists, communists, anarchists, is not to work in the interests of “national unity” but it is rather to divide the nation, working class against boss class, if we ever want to see real change.