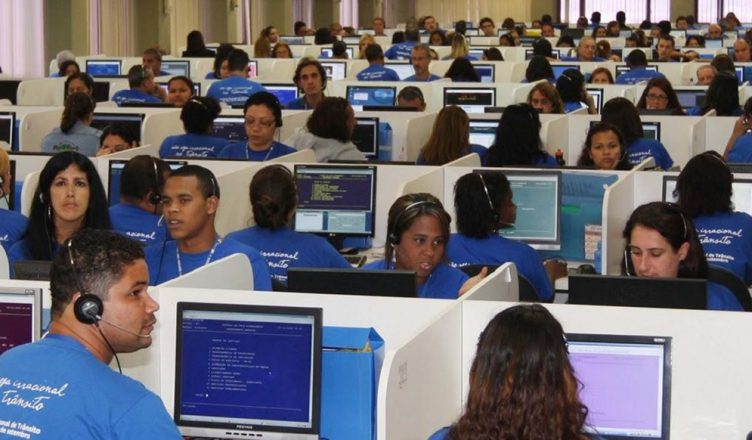 It has become increasingly popular amongst academics and others that the working class is either tiny or no longer a key player in the struggle for a new society. They base this on the fact that in many western countries, eg the US, the industrial working class has declined as a result of deindustrialisation and the movement of factory production overseas. The implication is that ‘class struggle’ is less important and the focus should be on ‘people’ or other oppressed groups. In fact some would go so far as to argue that the white, male working class is reactionary and more of an enemy than a key component of revolutionary struggle.

Before we proceed to argue that class is indeed still very relevant, we first need to define what we mean by the working class. It is a structural relationship between two classes: those that own the means of production and distribution (the ruling class) and those that do not own the means of making their own livelihood and therefore have to sell their labour power (the working class). It does not just include those who do paid labour. It also includes the unemployed and retired workers as well as those who do unpaid labour in the home. These people do not own the means of production and have to depend on others – therefore still working class. It is not:

There are several groups who do not fit neatly into either the working or ruling class. Within the working class there will be those who are much better off than others and/or hold positions of power over others, eg managers and foreman, doctors, lawyers. Within those who own the means of production, there will be some who own small amounts of property, eg shopkeepers, small farmers etc. These groups potentially could either support the aspirations of the working class or could side with the ruling class. Though they could be referred to as middle class, it seems more useful to keep the basic two class model, recognising that there are layers within those classes.

Evidence for the existence of class

It is obvious from wealth (land, houses, stocks and shares etc) statistics – the best indicator of owning the means of production – that there is great inequality in ownership, supporting the view that some are able to make a living by owning and controlling this wealth and others are not. 68.7% of the world’s population own 3% of the world’s wealth. The richest 10% of households own 45% of wealth. The poorest 50% own 8.7% (www.equalitytrust.org.uk/scale-economic-inequality-uk). Ownership of land is another key indicator. 69% of land in the UK is owned by 0.6% of the population. 70% of land is agricultural land and 150,000 people own all of it. UK housing is concentrated on 5% of the country’s land mass so people owning their own home represents a small amount of total land ownership. 1/3 of British land is still owned by aristocrats. 432 people own half the land in Scotland. Even these statistics do not give the full picture as much information about who owns what is shrouded in secrecy. And, wealth is not the means of production. Many people may own their own home or a few stocks and shares but this does not give them access to the means of production. In any case, we only have to look around us to see that the vast majority of people have to sell their labour to survive.

If we are going to create a new society based on equality, co-operation and justice then we will have to collectivise the means of production and distribution, thus abolishing the ruling class in any form. As Malatesta said:

“Let there be as much class struggle as one wishes, if by class struggle one means the struggle of the exploited against the exploiters for the abolition of exploitation. That struggle is a way of moral and material elevation, and it is the main revolutionary force that can be relied on.”

The struggle against the ruling class is a struggle against capitalism which permeates all aspects of life: it is an economic and social relationship maintained by the power of the State and supporting ideologies. Work is not just exploitation. It is alienating and mentally debilitating, affecting life outside of work. Capitalism affects our lives at home and in our ‘spare’ time. The working class is exploited through consumerism, encouraged to spend and get in debt to keep capitalism going. The State is the means by which the ruling class retains and enhances its power. It is not something that can be ‘captured’. Climate change is caused by capitalism and it is the working class that suffers the most. War is central to capitalism – for resources, markets, to maintain dominance. It is the working class that suffers from war. Capitalism uses other systems of oppression to maintain itself and to enhance exploitation and profits, eg patriarchy and racial oppression. For example, the slave trade was essential to the development of capitalism in Britain. Religion must also be challenged. It props up the ruling class as well as patriarchy and racial oppression by promoting reactionary ideas. It encourages people to submit to authority and to have illusions that they will be rewarded for their suffering in heaven. Therefore, class struggle is:

Distinction between class and oppressions: not class reductionist

The vast majority of people are working class. It is in their interest to overthrow capitalism for a number of different reasons, not just because of exploitation at work. There are other oppressions that exist in society, linked to capitalism but with their own dynamic and impacts. There are many ways that class struggle is linked to the struggle against oppressions; patriarchy and racial oppression are embedded within capitalism. Capitalism benefits from unpaid labour in the home and was based on the slave trade. Oppressed groups are often the worst affected by capitalism and State violence. The culture and ideology of capitalist society, supported by religion, encourages bigotry and conservatism towards non-conforming sexualities and genders. And, even if the oppression does not seem to directly relate to the class struggle, it is wrong and must be fought. We cannot create an anarchist communist society as long as there are any oppressions.

However, there are some distinctions. The class struggle aims to abolish all classes. The fight against patriarchy and racial oppression does not seek to abolish men or whites but to completely transform the relationships. Though the fight against oppressions may take priority for those oppressed at different times, ultimately they will only achieve full liberation as working class women or people of colour when classes are abolished. In addition, being part of an oppressed group does not mean that you are working class. Therefore, women, people of colour, LGBT+ could also be part of the ruling class and therefore the enemy.

Conclusion: Building an effective revolutionary movement based on class struggle

The working class, as the vast majority of people, is diverse and often divided. We need to unite together, show solidarity for all struggles even if they do not affect us directly, and tackle the divisions that exist within the working class. Only then will we be successful in our struggle against capitalism and for anarchist communism.