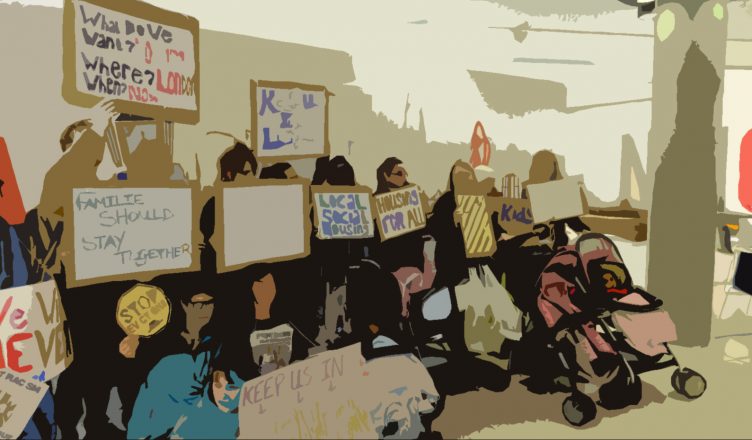 A new pamphlet by London Anarchist Communist Group, Fight For The City.

Britain and other western countries have seen a massive increase in the cost of housing, increase in evictions and homelessness, whole council estates torn down and sold off to private developers, overcrowding in squalid accommodation, city centres privatised and transformed into sanitised shopping malls, business centres and tourist destinations, attacks on the poor – cuts in benefit, the bedroom tax, low wages, fewer green and open spaces and more sky scrapers, increased pollution, police violence, and increased surveillance.

This pamphlet covers all issues related to the city as a site of class struggle, housing, gentrification , social cleansing, privatisation of space, the general takeover of the city by corporate interests, crackdowns on social movements, demonstrations and fightbacks against all this.

Order your copy via PayPal to
communistanarchism@gmail.com