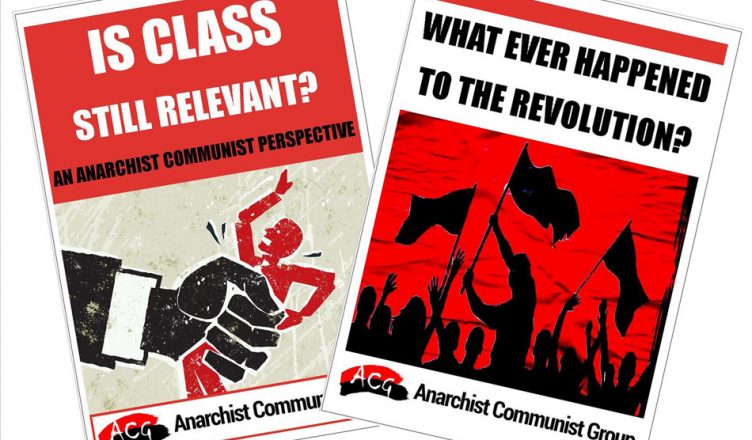 The Is Class Still Relevant pamphlet argues that yes, class is still relevant and is a “structural relationship between two classes…. it is not an identity – even if you do not identify as part of the working class, you still are.”

As the pamphlet states: “It has become increasingly popular among academics and others that the working class is either tiny or no longer a key player in the struggle for a new society…the implication is that ‘class struggle’ is less important and the focus should be on ‘people’ or other oppressed groups. In fact some would go so far as to argue that the white, male working class is reactionary and more of an enemy than a key component of revolutionary struggle.”

The pamphlet outlines the evidence for the existence of class, and argues that it is central to a struggle against the present system.  As it notes: “The vast majority of people are working class. It is in their interest to overthrow capitalism for a number of different reasons, not just because of exploitation at work. There are other oppressions that exist in society, linked to capitalism but with their own dynamic and impacts. There are many ways that class struggle is linked to the struggle against oppressions; patriarchy and racial oppression are embedded within capitalism. Capitalism benefits from unpaid labour in the home and historically benefitted from the slave trade. Oppressed groups are often the worst affected by capitalism and State violence. The culture and ideology of capitalist society, supported by religion, encourages bigotry and conservatism towards nonconforming sexualities and genders. And, even if the oppression does not seem to directly relate to the class struggle, it is wrong and must be fought. We cannot create an anarchist communist society as long as there are any oppressions.”

What Ever Happened To the Revolution?  Describes what a revolution is, a fundamental transformation of society such that all social relationships are significantly altered. It enumerates the revolutions that have happened throughout history and argues forcefully for the need for a revolution. Along the way it looks at the inadequacies of reformist solutions and the false alternatives of Labour and other social democratic parties. As it concludes: “We need to develop a strategy which starts from the premise that a social revolution, encompassing all aspects of life is desirable, necessary and possible. The revolution will not just happen; the conditions have to be right and revolutionaries have an important role to play in a number of ways. However, this does not mean that we can predict, determine or control what happens. We need to be organised with the end in mind. This means that it is not enough to be organised just on the local level or in single issue campaigns. We need to be organised on a territorial and indeed transnational level with the conscious aim of promoting revolutionary activity. An important part of this revolutionary work must by long-term within the wider working class: resisting attacks, creating alternatives and building up an effective movement and a culture of resistance.”

See our publications page for info on how to order copies