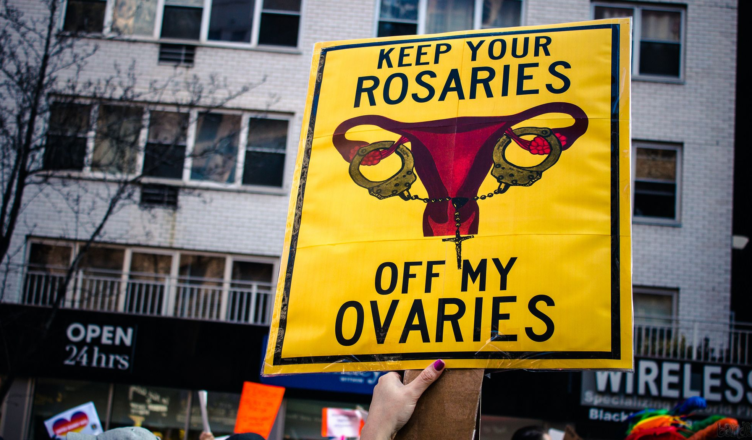 In the confirmed leak, the US Supreme Court Justice Samuel Alito, calls the 1973 Roe v Wade ruling – which legalised abortion across the US “egregiously wrong from the start.” This cancel culture rollback of a woman’s right to choose goes far beyond an attack on sexual liberation and reproductive rights. It exposes the whole corrosive concept of rights in general with its implied submissive gratitude yet culpable acceptance of the state.

The judgement – an historic triumph for evangelicals and the newly renamed fascist ‘Alt Right’ has been an attack in plain sight since Donald Trump honoured his pre-election statement “I am pro life and will be appointing pro life judges” in 2016. He appointed 3 of the last four to their job for life office. Initiated by the review of legality of Mississippi’s introduction of a 15 week abortion limit, 26 US states either have new laws ready to enact or are working on them to embed this attack on women.

The twisted cynicism of this blast in the culture wars is that those who care so vocally about life from conception to birth don’t give a damn what befalls them after from cradle to grave! Biden (an original opponent or the Roe v Wade decision) is correct in noticing that “A whole range of rights is in question “.

The political right, who proudly trumpeted AIDS as God’s judgement on homosexuality and have been diligently working on disenfranchising America’s poor, will now have their sights on same sex couples’ partnerships and adoption, trans people, employment rights and access to healthcare for the most vulnerable. We don’t have to guess, they shout it from the roof tops. Rights shouldn’t just not be taken for granted, but recognised as the toxic chalice they are – only ever conceded under duress, sold to us as a loyalty card and robbed under any perception of weakness. When America catches cold, the world gets flu. Only mass mobilisation of our class and persistent revolt will reverse this heinous crime and preserve what limited gains we have wrung out of capitalism in the course of bloody class struggle.