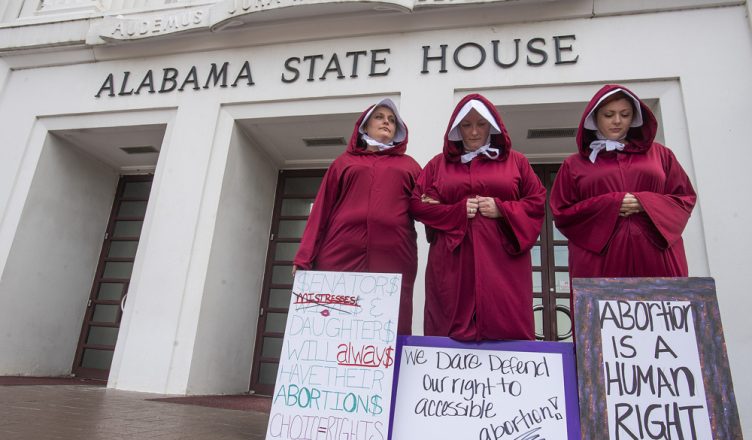 Alabama has passed the most restrictive abortion ban in the USA. The ban does not include exceptions for rape and incest with pregnant rape victims forced to carry their pregnancies to term. Doctors who perform the procedure will face up to 99 years in prison.

This follows similar bills passed in Ohio and Mississippi with the only exceptions being to avoid a serious health risk to the unborn child’s mother, if the “unborn child has a lethal anomaly and if the woman has an ectopic pregnancy.

The bill doesn’t take effect until November and in the meantime the ACLU (American Civil Liberties Union) has issued a legal challenge to the bill.

In other parts of the U.S where their have been legal challenges their have been some small victories with judges in Utah, Iowa and Kentucky stopping the bills from becoming law.

Thousands have demonstrated against the abortion bill with 500 demonstrations occurring across all 50 states. However the main groups organising these demos, Planned Parenthood, the Women’s March, the National Association For the Repeal of Abortion Laws (NARAL), Pro-Choice America and the ACLU itself, have strong links to the Democratic Party.

The ACLU has a questionable history linked to their unfaltering belief in the freedom of speech, including to their detriment the defence of pro-Nazi and KKK speakers. At times the ACLU has aligned itself and been organised by pro-Soviet supporters of the Communist Party and found itself persecuted for doing so during the Red Scare era.

No one should be told what they can and can’t do with their body by the state.

Anti-abortion law disproportionally affects the working classes – travelling to another state to receive an abortion requires access to transport and money to fund the procedure.

It’s up to the working class to head the resistance for themselves, the working class cannot rely on the Democrats who have ambiguous positions on abortion and will turn their backs the minute they feel the wind is blowing in a different direction. Trump is making anti-abortion a key plank in the forthcoming Presidential campaign, which suggests this attack on women’s rights is the first of many to come. Against this must be advanced the demand for free abortion and free access to contraceptives and birth control.

The “pro-life” right are often the same patriots who are happy to send people as young as 18 years old to fight and die for their country. The same Republican supporters who want to cut what little welfare support there is for mothers and struggling families.

The Yellowhammer Fund exists to provide access to abortions and to build power for women in Alabama. They will be working tirelessly to support as many women as possible before November, when the anti abortion bill may become enshrined in Alabama State Law.