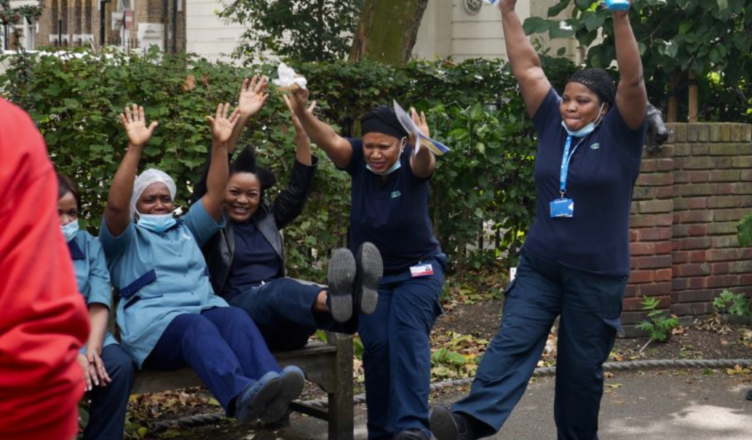 Hundreds of cleaners, members of the base union United Voices of the World (UVW) at Great Ormond Street Hospital (GOSH) will get full NHS contracts from 1st April 2022. GOSH was slow to fulfil its promise to bring the cleaners in-house. As a result, the UVW called for a two-day strike from 17th March to force the hand of the hospital authorities.

GOSH has doled out improvements in small amounts but overtime and unsociable working hours pay remain below those of workers within the NHS. This means in real terms the loss of thousands of pounds in pay for these cleaners who regularly work overnight, evening and weekend shifts.

This integration from 1st April 2022 will change all of that. The threat of the strike had GOSH bosses scurrying to speed up the harmonisation. This proves once again that the strike weapon remains a powerful instrument in the hands of workers.

Security guards at GOSH, also organised in the UVW, are now the only workers to remain outsourced and not on full NHS contracts. They are denied the same annual leave, sick leave, and career progression as other NHS workers.

The GOSH authorities got a temporary High Court injunction (10 February) against the UVW to ban the striking security guards and their supporters from “waving banners”, “vigorous dancing” or even “making rapid dramatic movements” within 200 metres of the hospital. Strike rallies started again in late February and the strike has now been going on for over five weeks.

As the UVW says in relation to a strike rally on Thursday March 17th:

”Join the Great Ormond Street Hospital (GOSH) security guards for a rally to support their heroic six-week strike. We will also be celebrating the GOSH cleaners’ latest victory in winning full NHS terms and conditions from 1 April. The predominantly Black, brown and migrant security guards are now the only workers at the hospital who are not on NHS contracts and this has to change now! Let’s make sure the wealthy GOSH trustees hear us loud and clear. If they can do it for the cleaners, they can do it for the security guards! End racist outsourcing at GOSH!”