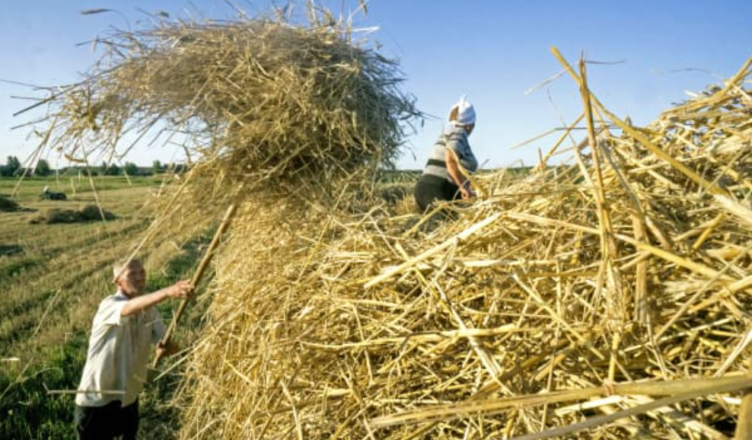 War, whilst not the mother, is often the midwife of revolution! This is not the wild fantasy of those who oppose war, but it is the real fear of those who start it.

Those who control power know the history of maintaining it very well, they have seen it before and are now facing it again.

Ukraine is the bread basket not just of affluent Europe, but the poorest of the hungry across the globe. 400 million people in the World Food Programme are fed by the produce of Ukrainian farmers. With bread going in as aid, instead of wheat coming out of Ukraine, production and export has all but stopped and prices have rocketed.

The rich will continue to eat, but the hungry poor literally face starvation. Increasing costs alone according to the UN, means its food program is already feeding 4 million people less than before the invasion.

This tsunami of impending hunger won’t just impact those dependent on food aid – themselves already the victims of war and climate change. It will impact on the vast majority of workers in quick succession. For much of the world, bread is the staple, and its price, the value of social peace. Hungry people can’t afford to wait for change. In Egypt and Lebanon alone, 80% and 60% respectively of wheat imports come from Ukraine. It represents the largest single source of subsidy by those regimes, now almost certainly unable to continue.

Add to this across the globe, capital’s attempt to make us pay for this conflict through Inflation and price hikes across the board and you can see that what happens in Ukraine will not stay in Ukraine. Global annihilation doesn’t just face us across the field of battle, or the length of the continent by weapons of mass destruction. It is more imminently threatening us through the forces of mass disruption of human society through this conflict.

The situation will worsen quickly, now it’s the sewing season and without it there will be nothing to harvest. What we saw in the Arab spring risks happening again as a global winter.

This is why this war is war against us all and why we all have to oppose it. If we don’t do it by the choice to mobilise, others will have no choice but to do it out of the urgent need to survive. By one means or another our collective survival depends on taking the power and the causes of war out of the hands of capital and the state and seizing our power as producers firmly in our own.