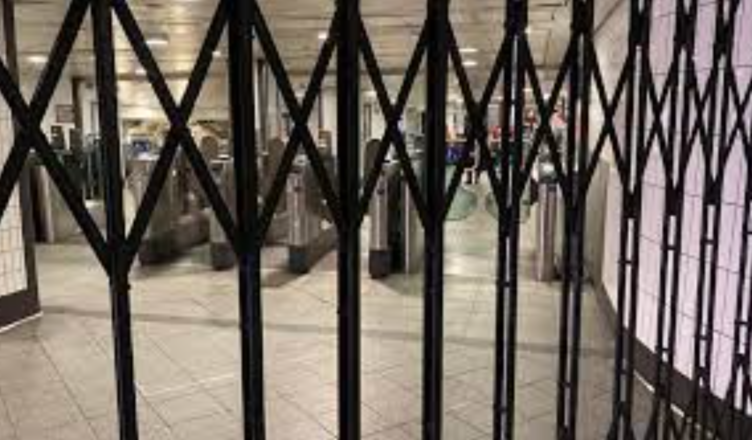 In a ballot, which closed on February 4th, of over ten thousand members of the RMT union across all grades on London Undergound, there was a massive yes (94%) for strike action over two days, staggered over a week to cause maximum disruption.

The first strike will be on 1st March, the second on 3rd March. This is in response to the attack on jobs and conditions carried out by the Department for Transport, the London Mayor Sadiq Khan, Transport for London (TfL) and London Underground Limited (LUL) to cut 20% of posts, tear up all working agreements, and halve pensions. These bodies refused assurances on jobs, conditions and pay in the midst of a financial crisis engineered by the Johnson government.

As one anarchist tube worker commented: “We are now armed to the fackin’ teeth and they only have themselves to blame now that they are in DEEP TROUBLE!”

The London tube workers are the self-same workers praised for carrying on working during the pandemic, risking health and lives to do so. Poisonous rags like the London Evening Standard must not be allowed to spread disinformation about the strike and demonise tube workers. London Underground workers need to build support from transport users and other workers in the rail unions and develop a campaign of counterinformation.

And the rail cleaners….

In a separate ballot on 1st February, hundreds of rail cleaners who have kept trains running through the pandemic voted for strike action. They are employed by Churchill on four contracts in the South East of England. They will take part in a 24 hour strike on February 23rd. This will affect trains on Thameslink, Southern and Great Northern, Southeastern, Eurostar and HS1 services. A rally outside Parliament will take place on the same day.

This will be the biggest yet industrial action on the rail network. Churchill has refused a reasonable pay offer. The cleaners voted massively for strike action, in two of the ballots the majorities in favour of action were 100%. The cleaners mostly earn either the National Minimum Wage of £8.91 an hour or the National Living Wage of £9.50. Workers on the National Minimum Wage and the Real Living Wage are more than £1,000 worse off now than 12 months ago as a result of soaring inflation.