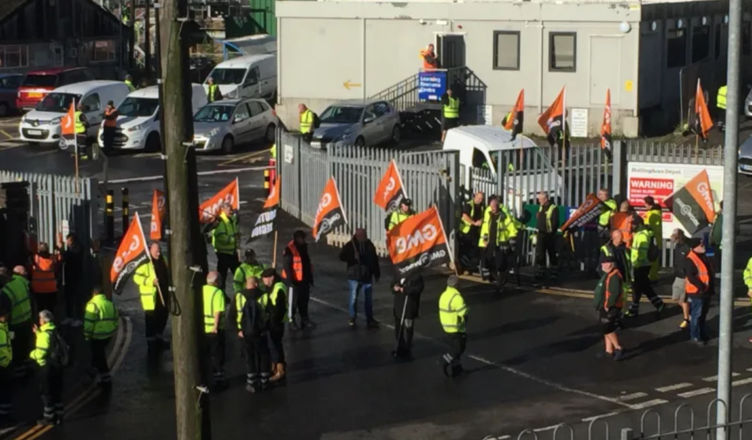 Stagecoach buses
Bus drivers at Stagecoach will be out on strike on 18th October in the South West, East Midlands and Derbyshire/Yorkshire regions. The action is part of the national fight for pay justice for bus workers. More info from RMT.

Brighton bin workers
After bosses messed with workers duties and pulled drivers from long-established rounds, there was a 100% vote in favour of strike action by refuse workers at Brighton & Hove Council. The bin workers have now started their two-week strike.

Royal Parks workers out for one month
After already taking sixteen days of action in their fight for equality, cleaners and playground attendants employed by Just Ask Services at the Royal Parks in London are now on strike for the whole of October. The workers, members of UVW and PCS need our support. Click here for more info and to donate to the solidarity fund.

Sage Nursing Home
Carers, cleaners and maintenance workers for Sage Nursing Home will be on strike on 20th October over pay and equality with NHS sick pay and annual leave. Background info from UVW here.