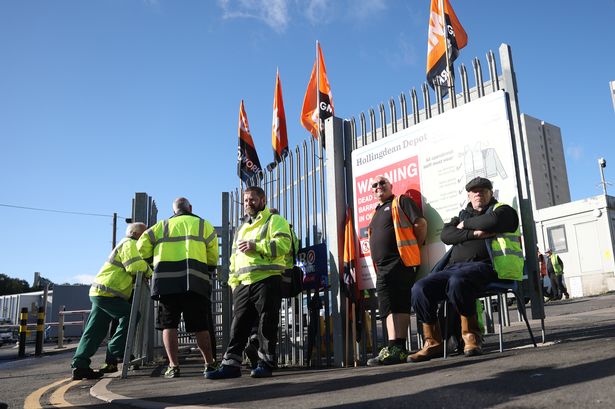 Refuse workers and HGV drivers working for Brighton and Hove Council’s outsourced refuse collection services, City Clean, have been on strike for over two weeks. Workers are striking because management have changed their work patterns and longstanding routes, as well as making changes in duties and crews. They voted by 100% for the strike. Meanwhile, the council, controlled by the Green Party, has refused to intervene. It was only strike action that forced the council to offer a deal, considered completely inadequate by the 54 workers. The picket lines have been solid and well-attended.

The strike started on 2nd October and will end on the 17th, with a second strike planned for 21st October.

The council are making excuses that the pandemic and national shortage of drivers is forcing them to make crew changes and move workers from one crew to the other. When a deal was almost completed on October 15th the council’s chief executive then withdrew the offer.

Meanwhile the Tory councillor Joe Miller told the council that “you can’t negotiate with terrorists.”

This is not the first time that the Green controlled council has clashed with bin workers. In 2013, 300 bin workers came out on strike over an allowance scheme.