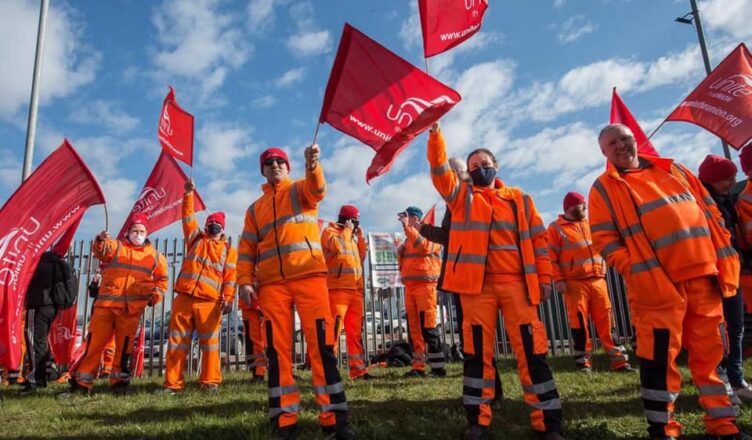 We’ve recently reported on this website about the Thurrock bin workers. They have been on strike for six weeks over cuts to their pay of as much as £3,800. This involved reduction of bank holiday triple pay to double pay, the loss of extra payments for vehicle inspections and greater flexibility over shifts. They voted on Friday May 21st to accept a deal.

They have been extremely determined despite “police harassment, ASBO notices, smear campaigns, threats from thugs and the full propaganda machine of a well-funded local authority”.

Whilst the attack on workers in Thurrock was carried out by a Tory council, in Norwich a Labour-controlled council has launched an attack on environmental workers. These are a first group of workers hundred workers being transferred from Norse, which is owned by Norfolk County Council, to NCSL, a new company set up by Norwich City Council.

They were originally offered harmonisation with existing city council workers. Norwich City Council then reneged on this, saying that they had to be guided by ‘the market’. They were then offered a mere 20p an hour more, which just about keeps up with the revised Real Living Wage. They voted overwhelmingly to strike and will be coming out on May 26th.