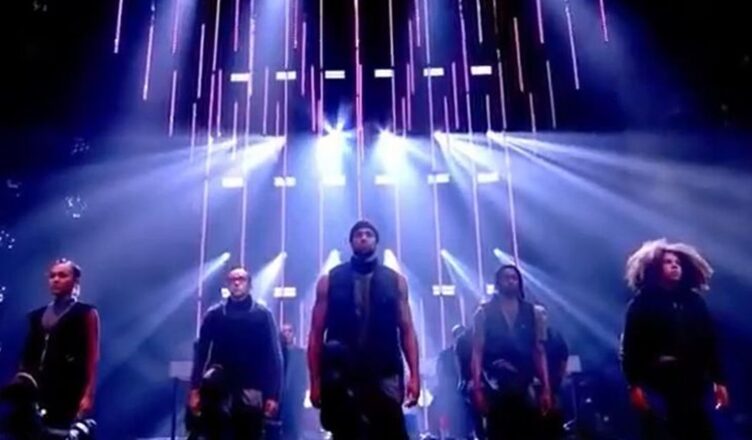 When TV celebrity, Alesha Dixon, wore a neckless saying “BLM” (for Black Lives Matter) on a prime-time Saturday night programme in September 2020, ITV reportedly received complaints. This came hot on the heals of 24,000 complaints to Offcom about dance troupe, Diversity, doing a Black Lives Matters dance routine on the same show, Britain’s Got Talent. What, we might ask, could the complaints possibly be? That the default position should be that black lives don’t matter? It seems incredible that anyone would think that. However, it is of course the reason for the slogan in the first place: the real-life experience of black lives in the US is that they often don’t seem to matter.

In February 2012, Trayvon Martin was shot dead in Florida by a gun-toting neighbourhood watch zealot for doing nothing more than being a black teenager walking back from a convenience store, and it turned out that the law was on the side of the white shooter. It seemed that in the eyes of the law, black lives did not matter. And so a slogan was born asserting that Black Lives Matter too.

Why would anyone complain that Alesha Dixon should echo that sentiment? A twitter user responding to the story wrote “Never thought I would see the day when white people are at a disadvantage in their own country”. There’s a lot to unpack there, but the most obvious thing to zone in on is that the writer seems to think that saying “black lives matter” puts white people at a disadvantage.

How so? How could wanting black lives to matter too possibly disadvantage white people?

Well, let us look at the killing of Trayvon Martin using the perspective of Barbara and Karen Fields. Trayvon Martin did not die because of his skin colour. He died because he was shot by George Zimmerman. Zimmerman took Trayvon Martin for a criminal. Why? Was it because Trayvon Martin was black? No. Probable criminality is not a property of black people. That is something imposed upon black people by a racist society. “The missing step between someone’s physical appearance and an invidious outcome is the practice of a double standard: in a word, racism” (Fields and Fields, 2012, Racecraft, p27). Trayvon Martin was not killed by his skin colour. He was killed by someone who made the assumption that Trayvon was a criminal.

“Race is the principal unit and core concept of racism” (Fields and Fields, p17). This is an important point. It is a fact that is hidden in contemporary society, because that society is racist. Racism is a social practice. Trayvon Martin was shot not because of his skin colour, but because of assumptions made about him by George Zimmerman; racist assumptions. As it happens, it seems probable that Zimmerman was a racist. But we don’t actually require a racist for racist assumptions to be made. We require only racism. Remember racism is a social practice. It needs only to operate for a fleeting moment where one man has a gun and sees not a teenager but a probable criminal.

Might an armed American neighbourhood watcher see a white teenager as a probable criminal? If that white teenager was visibly poor, then probably so. If he saw a preppy, ivy leaguer in New England casual sporting attire, then probably not. In America, as in the UK, class is also a factor in invidious outcomes. For US see “95% of Police Killings in 2015 Occurred in Neighborhoods With Incomes Under $100,000”; for UK, see Runnymede Trust: We Are Ghosts.

However, instead of the focus being on social change, on the institutional structures of our society, and on principles of justice, contemporary discourse focuses on narrow identity. Identity becomes the core of activism. But we have already seen that race is a result of racism, rather than vice versa. This focus on competing identities leaves us with a discourse in which advantage for one identity is disadvantage for another. Allowing this discourse to flow unchallenged necessarily cedes too much to ideologies of division, community discord and mutual alienation. If self-described progressive activists have cast aside solidarity and embraced division, how can we expect reactionaries to challenge the social practices that create race?

So-called progressives have set up black and white as competing identities. That is why for some the antonym of “Black Lives Matter” is “White Lives Matter”. To support the former, for the reactionary, is to oppose the latter. By accepting the core concept of racism, identity politics feeds that reading. We need to reframe the discourse so that the opposition we are setting up is not black or white, but justice or injustice. So that it is clear to all that the choice is between black lives mattering and black lives not mattering, rather than a choice between which identity is to reap the advantages there are to be had. Put another way, we must be clear that our goal is solidarity not division.