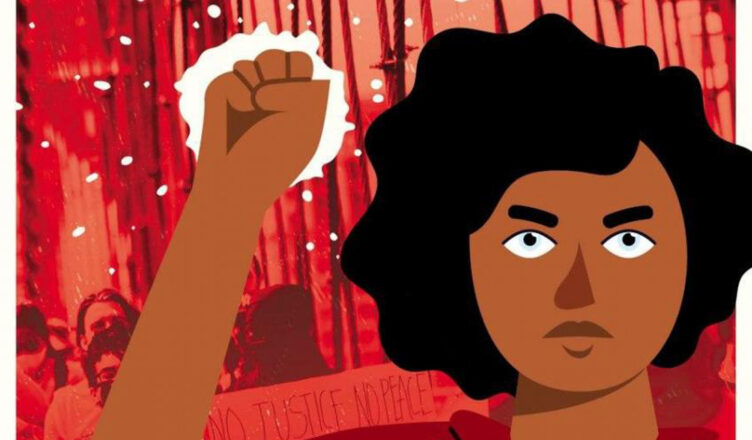 The following statement has been signed by nineteen libertarian communist organisations around the world, including the ACG.

The murder of George Floyd in the United States by the police has unleashed a wave of popular outrage in that country and throughout the world. Massive demonstrations, direct action against the police and in response to repression have been common these past weeks. This murder, adding to thousands of others, revives the widespread protests of 2014 in the United States, following the many murders of black people, especially youth.

This fact has brought to the fore the profound racism that exists in today’s societies. In Europe, thousands of immigrants are demanding their rights and to be treated on an equal footing with the white population, and the right to be given refuge is also being demanded for the thousands of people who try every day to cross the Mediterranean or get from Turkey to Europe, an attempt in which many of them die and are harshly repressed or housed in refugee camps, which increasingly look like jails.

This phenomenon highlights the historical role of racism in the construction of capitalist society. The expansion of capitalism — long before the Industrial Revolution — had a central element: the looting of entire continents, the genocide of entire populations, the appropriation of territories, resources and bodies by European states and their bourgeoisie, in order to achieve the accumulation of capital later invested in the development of machinery and industry in the 18th century. It was this colonial strategy of looting resources throughout the Americas, accompanied by the slave trade and human trafficking in Africa and South America, which allowed the consolidation of capitalism.

Then, in another stage of deployment of the system, already in the 19th century,the European imperialist or colonial expansion over Africa, Asia and Oceania developed,with a countless number of deaths, rapes and looting, repeating the conquest made a few centuries before in America, now in the rest of the planet. Thus capitalism expanded to the rest of the world and became a global system. Pillage, destruction and genocide are inherent to capitalism; it is in its DNA. The same happens with racism or patriarchy; capitalism is built on the exploitation of bodies, transforming them into territories and elements that enable its functioning and reproduction.

Racism is a structural element of the capitalist system. Because in order to plunder the rest of the planet — including within the developed countries — the capitalist system and the ruling classes need to establish who is subjected to domination and plunder. The European conquerors and colonial masters soon found the legitimation of this decision in pseudo-scientific “race theories”, which claimed the existence of different “human races” and ordered them into hierarchies, the head of which was supposedly always “the white race”, that is, the Europeans themselves.Thus, racism placed, and continues to place, a large part of the planet’s population, even entire continents, in subordinate positions. This is why we see the relationship between developed countries and underdeveloped countries. The capitalist system based on the division between social classes, has to a great extent organized those classes, also on the basis of racial discrimination or skin color. Apart from racism, there are other factors that play a role, some of which are intertwined and mutually dependent, such as the construct of the nation, which divides oppressed men and women and devalues all those who do not belong to the national collective. Thus, the nation constitutes one of the foundations of racist and capitalist normality.

In Europe and America, the majority of black and non-white people are poor and carry all that legacy of the colonial history we mentioned. Black and non-white people always have the lowest paid jobs, without social security or benefits, poor access to health and housing, and constant harassment and police violence as demonstrated in the US, Europe, but that we also see in the favelas of Brazil with a real process of organized killing of the young black population. In other words, racism is not a derivation of the economic structure of capitalist society, it is not a secondary problem. On the contrary, we must say that the capitalist system has been installed on the basis of racism and racial discrimination, a system that is not exclusively economic. It is a global system, where the ideological – political aspects play a relevant role, as well as the legal aspects that capital uses for its expansion, the repressive aspects, the communication aspects, etc.

On the basis of a racist discourse, the capitalist system keeps zones of the planet condemned to hunger and constant invasions and wars. This is necessary for this genocidal system to continue; as it is also necessary, from time to time, to “change its face” to show itself differently and allow, for example, the arrival in the US government of a black president like Obama. It was precisely under the Obama administration that there was an upsurge in police violence against the black population, in a clear demonstration that racism is structural to the system, nested in its repressive forces an in racist and white supremacist groups — although not only in them at the societal level — and has a clear class component. The liberal face of capitalism has allowed for a small minority of the black population to gain access to power and to the ruling classes, but only for the purpose of renewing itself as a system and becoming stronger. “Liberal capitalism” and “the democratic State” has not ceased to be racist because it places a black president or businessman in a privileged position; it is surely becoming more technical in order to increase the degree of plunder and oppression of social majorities across the planet.

For this reason, from the point of view of Politically Organized Anarchism we speak of the need to build a Front of Oppressed Classes, which brings together all those sectors that are oppressed and dominated by the system. Formal and precariousworkers, peasants, indigenous populations, migrants, unemployed and displaced people, that is, all those sectors that in their daily life suffer the consequences of the capitalist system have a place of struggle in such a Front. This is the social subject that today is manifested in revolts all over the world and is the subject that must be built with a perspective of organizational strengthening of the people for the processes of rupture, of social revolution that we promote and yearn for.

As the economic and political powers treat as “others” those who do not swear allegiance to them; thus, they assume the role of “guarantor” of each conflict in the social sphere for their own survival, racist and discrimination attacks in society increase. While capitalism and the state are increasing their repression and militarization in the social sphere with new chemicals, bullets and civilian racist mobilizations, the police and military; now is the time fight against them! 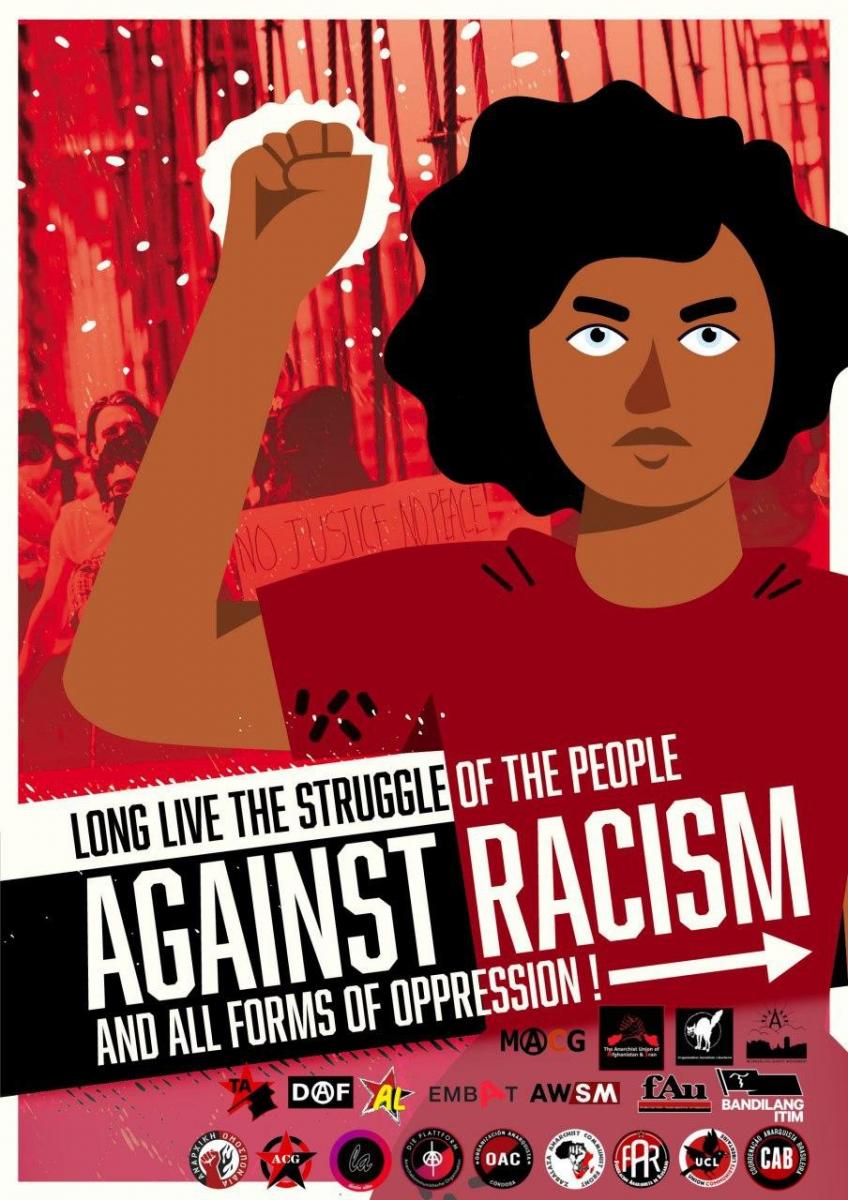