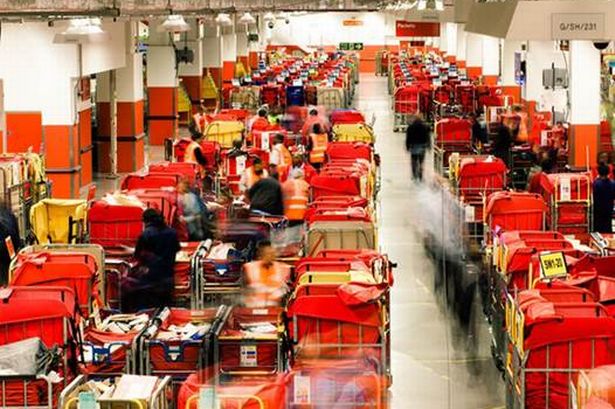 From the editors of Going Postal, the ACG postal workers’ bulletin…

The boss of Royal Mail, Rico Black, has been forced to resign, jacking it in on Friday May 15th.

Rico Black became boss of Royal Mail two years ago, with the aim of smashing postal workers’ militancy and further privatising the postal services, at the behest of the big shareholders who now run Royal Mail. As an incentive to carry this out, he received £10 million in salary, pension benefits and other perks. He has a penthouse apartment overlooking Lake Zurich in tax-haven Switzerland worth £2.3 million and he took a jet every week to his job at RM because he didn’t want to give up his flat.

After Black and his cronies pulled out of a national deal for workers on jobs and conditions, a ballot organised by the CWU, the postal workers union, recorded a massive majority of 97% ready to strike. When Black resorted to the courts to have this overturned, a second ballot recorded a 94.5 vote in favour of strike action. The CWU bureaucrats used the coronavirus pandemic to wriggle out of any real strike action.

Sensing weakness, Black struck. On 28th April, he announced the ending of the Universal Service Obligation (USO) which meant that only parcels could be delivered on Saturday, with no delivery of letters. This jeopardised the jobs of 20,000 postal workers. At the same time Black showed his contempt for the CWU by refusing to negotiate with them.

Black had overpaid his hand with rumblings of a threatened mass walkout and on May 1st backed down and dropped the scrapping of USO. He was undoubtedly under pressure from the Johnson government, for whom postal strikes were the last thing they wanted during the pandemic.

As a result Black was forced to resign. Postal workers are pleased to see the back of him, although he left with a massive severance payment. He will get nine monthly payments of £489,000 and RM will give him up to £50,000 towards legal fees and a maximum of £25,000 towards outplacement support, as well as various other handouts. In addition, he will keep his “golden hello“ payment of £5.8 million. Meanwhile postal workers barely get by on their wages.

Postal workers have also gained a bonus for work during the pandemic in the form of a lump sum of £200. The fight isn’t over though, despite the departure of Black. In line with the wishes of the rich shareholders, he had planned to run down the letters deliveries, and turn the packages and parcels side of RM business into something similar to Amazon. He failed, but new bosses might well attempt to continue along these lines.

Black was forced to resign just like the previous RM boss, Sue Whalley. This has been due to posties militancy and not to the supine attitude of the CWU leaders.