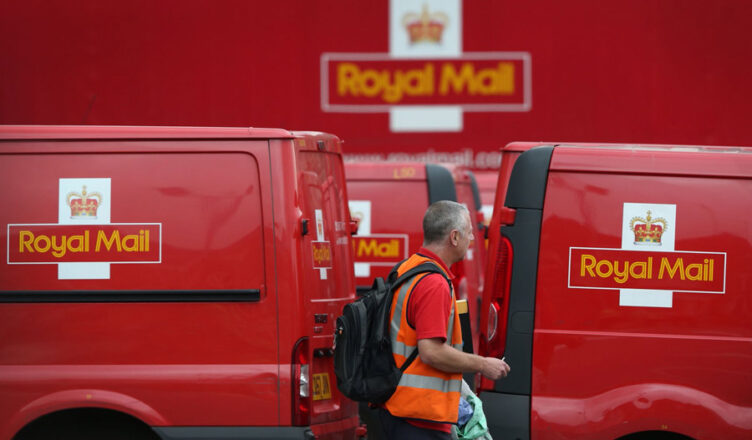 Royal Mail has offered postal workers a new deal. The posties’ union, the Communication Workers Union (CWU) postal executive voted unanimously to propose that the deal be accepted by its members via a ballot. The biggest concession, coming after threatened strike action last year, with two overwhelmingly positive ballots for strikes, is that Royal Mail is not broken up into separate parcels and letters services; that a shorter working week is promised at 37 hours, with a further promise to negotiate to a further decrease to 35 hours; and that a pay rise is agreed. In addition, management promises that they will avoid compulsory redundancies, at least until May 2023.

However, the pay rise includes a 2.7% increase in the first year, backdated to April 2020, followed by another increase in April this year, at under a 1% increase, well below inflation. In addition, the deal includes an agreement between management and the CWU that they work together to increase deliveries of parcels.

This deal was won because it was plain that posties were standing firm and were ready to take action. The hated RM boss, Rico Back, who was pushing to break up the postal service and push through mass redundancies, was forced to resign seven months ago, because of that resistance and the new deal is also a result of it.

In addition, changed circumstances as a result of COVID have helped posties. The huge increase in parcel deliveries, as a result of online sales, has strengthened the position of postal workers in the negotiations.

The deal states that it will look at Sunday deliveries for parcels, on a voluntary basis, as a result of these changes in circumstances.

But it also promises revisions to working conditions that are still to be agreed between local managers and union reps.

However, though Back has gone, and good riddance, the rest of senior management is still in place, and they all have the same outlook as Back. Postal workers need to be on the alert and be prepared to resist any new attacks. The CWU could easily have won much greater concessions from the RM bosses, and many of the old managers are still in place who have been deeply immersed in a bullying culture towards workers. These need to be removed. The CWU did not insist upon such a move.

As one ACG postal worker put it:

“The Union letters recommend in big bold CAPITAL LETTERS that we vote yes for the new deal named ‘pathway to change’. We always expected these bureaucrats would. The worst aspect of this deal is the job cuts and cuts in letters – delivery in favour of packets – and 7 days a week parcels at that! When union leaders tell us that the agreement has been negotiated during difficult and challenging circumstances and that we have to remember that businesses are closing, workers’ terms and conditions being attacked, we’re supposed to be impressed at their ‘great achievement’! While RM is doing the most out of the pandemic with the online ordering frenzy and when this would be just the right time to strike a hard bargain”.