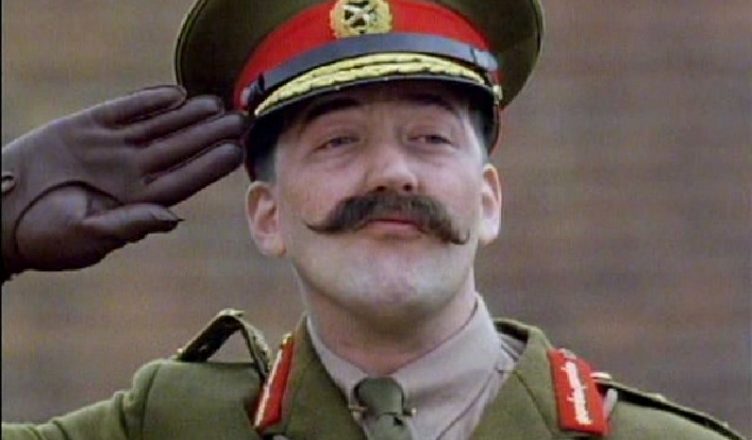 Watching Johnson and his lackeys deliver the daily bulletin or explain the new lockdown rules makes you want to scream with despair and anger. How can they be so incompetent? (See this for a spoof of Johnson on easing lockdown).

There is an element in which our leaders are ill-equipped to do the job at hand. Being educated in the public school system and getting where they are through money and connections does not prepare people to manage a serious crisis. ‘I say old chap- bit of a problem we’ve got on our hands’ just doesn’t cut it. This is not the first time that the ruling elite has made a mess of things. The two world wars are examples of the Oxbridge officer class making decisions that led to millions dying. They didn’t spare themselves, though; many of the officers lost their lives in WWI. But this just goes to show their general incompetence – they can’t even keep themselves from being killed! Johnson’s catching corona virus is a similar situation. He doesn’t understand the virus and what needs to be done so ends of not following basic social distancing rules. He was still shaking hands with people on the ward when he recovered!

Looking around at other countries, it seems that there are more competent leaders. Germany had many more cases than the UK yet managed to keep the death rate to under 100 per million, whereas the UK’s death rate is approaching 500. However, no country has really managed to deal with the virus and with the general economic and social problems associated with it. There is no doubt that the situation is extremely difficult but we need to look at what could have been done differently, disregarding for the moment the actual root causes, in terms of developing a strategy once the virus started spreading. It is not the decisions so much that are the problem, but how those decisions have been made and implemented (or not!). The problem is in the system itself, not in the quality of those making decisions.

One of the main issues is that people rely on the government to make decisions for them. This is a problem with parliamentary democracy. People vote for a government and then passively wait for them to do things. This has been shown with the coronavirus in the way so many wait for the government guidance on what to do. While the government hadn’t said anything and was busy doing nothing, most people continued life as normal with shops, workplaces, restaurants, pubs, schools, and other gathering places all open. It wasn’t until Johnson actually announced lockdown that the majority then began to shut.

Some people didn’t wait for Johnson to pronounce on something that many people knew to be a necessity. The May Day Rooms in London, a social centre used by many radical groups, made the decision to close down two weeks before Johnson’s announcement. It got some flack for this decision, but subsequent events proved them right. Other groups also began to cancel events or close their shops or venue without waiting for the government’s advice. If others had taken such action earlier than many deaths might have been avoided.

The scandal of care homes is another example. It has now been revealed that the government told care homes in the first stages of the pandemic that no particular action was necessary.  So even though there must have been ample evidence at the time that the situation would soon become very serious, care homes followed government advice.

Another problem with bourgeois democracy is that people aren’t involved in decision-making and this situation has become worse in a crisis situation. All the decisions are made by a small group of people around the Prime Minister who in theory are following the best scientific advice, though which science is being used is suspect. The easing of the lockdown rules illustrates the problems with ignoring people’s experience and views. People are being encouraged to go back to work but any worker can tell you that there are a host of problems with making such an announcement. Transport is not prepared for an influx of commuters and workplaces are not ready or able to manage social distancing. This can only mean that the cases, which haven’t really fallen that much any way, could soon be on the rise again. The decision to let people travel any distance, including to popular places like the national parks, was clearly made without any consultation with local communities and park authorities. They are now faced with dealing with the problems caused by the government’s decision without any time or resources to cope. Some people will ignore common sense and when faced with hostile locals will argue: ‘Johnson said we could come!’

Principles of anarchist communism include self-organisation and complete participation in decision-making. In workplaces, communities, hospitals, care homes and schools, it should be the workers and users themselves who are making decisions about how to ensure safety and what rules to apply. This would involve wide-spread discussion and debate. Top-down rules do not work anyway. The only ones that will be effective are ones that have been made collectively by everyone. Some may not agree but if the vast majority have established a set of rules or codes of behaviour then people must go along with the majority. This will not always be the case, if the minority can carry on their activities without harming others. With coronavirus that is not so easy to do. If people had been pro-active when the virus first appeared, whether that be in China itself or in other countries, rather than just waiting for the government, then maybe things could have been different.

One of the main obstacles to self-organised decision-making is the fact that these decisions are made within the context of capitalism. The delay in starting lockdown was not only because Johnson was following bad science; he didn’t want to bring the economy to a standstill. Many businesses only shut when they absolutely had to because they did not want to lose profits. Big business would be able to weather the storm but people like Richard Branson don’t want to lose any profits. Smaller businesses may very well go under. This is the way capitalism works. Many workers would have supported the delay in closing because their livelihood depends on capitalism working. It is very hard to prioritise health when you have lost your income and are in dire financial difficulties. Therefore, people will end up making decisions that aggravate the situation. The current move back to work is also motivated by the need to avoid a recession and the loss of profits. Much of the work is not actually essential or even desirable. For example, so much of construction in London is for luxury flats. Workers, though will not have much choice in what they do. They need the job and won’t be paid unless they go in.

Care homes can illustrate the problems of decision-making in a capitalist system.  95% are privately owned and therefore they exist to make a profit. They had every motivation to follow Johnson’s advice and not take the necessary measures to ensure safety such as making sure all residents were social distancing, extra cleaning and PPE for all staff. It was only when the situation got so bad that it could no longer be ignored that the government and the bosses of care homes took action. The care workers would have been the first to see what was going on but would have been powerless to do anything. Not only did many of them care about the residents so were willing to work in unsafe conditions, but they could also not afford to stay at home.

Coronavirus has shown up another serious weakness of capitalism. One of the main weaknesses of the government was not actually implementing decisions made. Everyone agreed that we needed more PPE and more testing but the government then relied on capitalist enterprise to deliver the goods and this was a disaster. Given all the capacity in Britain to produce unwanted goods such as military equipment, it was staggeringly alarming how manufacturing could not produce basic PPE and enough testing material. Without the motive of profit, companies seem unable to act. Instead, we have staff sewing their own PPE and groups of volunteers sewing at home. This shows how self-organisation from the bottom up is more effective than relying on the market.

In order to have the conditions for self-organisation and collective decision-making, we need an economic system that is based on common ownership. Only then will people have access to what they need and be free to make the decisions that will benefit all rather than a few. It is hard to imagine how this will work as it would be so different from what we have now. If we just take the example of health care, though, we can get some idea. If care homes were run collectively by the staff and residents and there was no need to make a profit, then decisions would have been very different. There would be the issue of getting the products they needed but if there were other collectives producing PPE and other collectives producing and distributing food, then exchanges could be made. All this would be easier if there was more co-ordination on a local level so that things like food could be provided from a local farm and testing could be done by a local clinic. People could be brought together to make decisions and co-ordinate in assemblies- easier to manage on a local level.

A lot of thinking needs to be done on how an alternative economy would work. But Covid 19 is showing us that capitalism and parliamentary democracy are definitely not working. We need to develop and facilitate other ways of organising production and distribution as part of a general revolutionary strategy for an anarchist communist society.