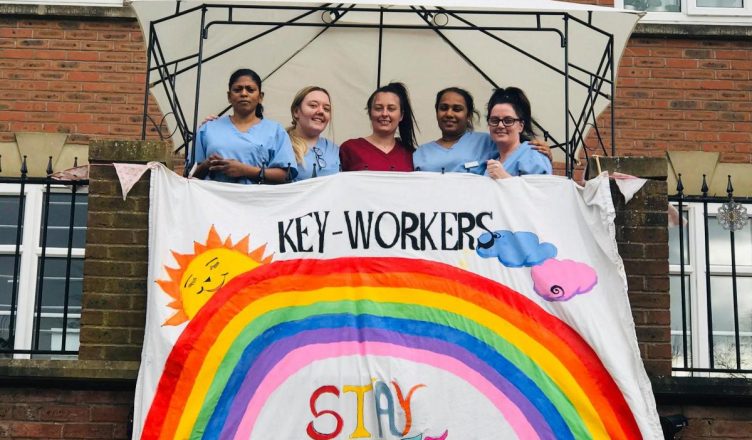 There is no doubt that the staff in care homes work very hard and most care deeply about the residents. However, they struggle to protect both themselves and those they care for is an impossible task. It is estimated that in the first week of April over 1000 people have died in care homes. Half of Scotland’s privately owned homes have corona virus cases.

Care homes were already an issue before corona virus struck. Though the vast majority of the elderly are still in their own home or with their families, 433,000 have to rely on living in a home. The vast majority of these establishments, 84% of all beds, are owned by private, for-profit companies. The care industry has mushroomed with the growth of older people who are living longer but not can’t necessarily look after themselves. Many have dementia or serious mobility problems. When it is hard for the families to look after them, care homes provide an essential service and many companies or individuals have taken advantage of this fact to make a killing. The sector is worth £15.9 billion with 5,500 different providers, running 11,300 care homes. People are forced to rely on care homes because the government has repeatedly cut funding to councils for social care.

A 2017 government study concluded that “Those requiring care need greater support in choosing a home and greater protection when residents”. Though many care homes may offer good quality care, the staff are not nurses and not equipped to deal with a major pandemic. NHS nurses and health assistants are poorly paid but for care assistants is even worse. They are often on zero-hour contracts. Staff are often from agencies and may work at several different homes, which means they could bring corona virus into another home. Staff in one home actually moved in to the home because they are afraid of bringing the virus in from outside or bringing it out to their families. Like the NHS staff, but worse, there is a serious shortage of personal protection equipment. So even in the best homes, the risk to staff and residents is enormous. For those in the substandard homes who cannot afford up-market care, the situation will be a disastrous.

To make matters worse, the government has asked care homes to take people from hospitals who have tested positive for the virus. As one worker said, it is “importing death”. It is very difficult to keep residents in isolation in homes, especially those which are more crowded and do not have very good facilities.

Like many other things in capitalism, the pandemic has revealed the fundamental inadequacies of social care for the elderly. Government cuts, allowing private firms to run care homes, poor pay and insecurity for staff, have all led to this situation where we can expect corona virus and death to spread rapidly amongst those who are most vulnerable.