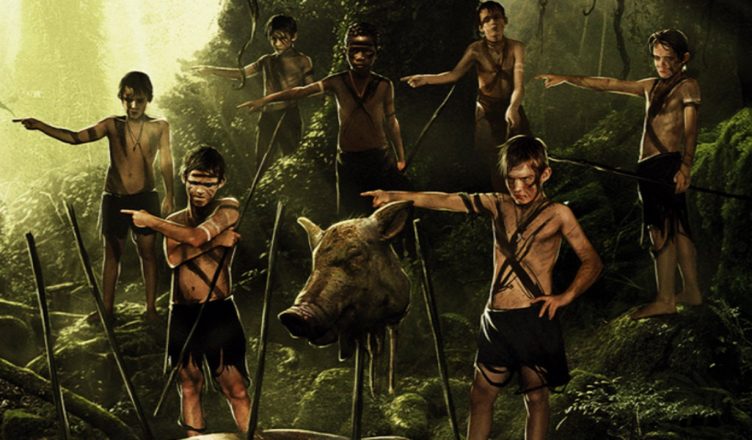 When I was at school in the year Nineteen Hundred and Freezing to Death, one of the teachers was always banging on about the book Lord of the Flies by William Golding. This was to justify his Catholic beliefs about original sin, because the book, later turned into films on three different occasions, was about the thin veneer of civilisation that supposedly vanishes in desperate situations. Some public school kids are the only survivors of a plane crash on a desert island. Despite ending up in a plentiful paradise, many of the boys soon descend to savagery, and by the end of the book, and the arrival of the Royal Navy, three of the boys are dead.

The teacher used this book to illustrate how flawed human beings are, and how badly they need the State and a complex legal system, to hold the beast in humans at bay. It is no surprise that it has been a set book in British schools for a long time. Of course, when discussing anarchism with others, one of the objections is the imperfect nature of people and Lord of the Flies is often held up as an “example”.

Well, the events in Lord of the Flies never happened, but a similar event did happen in real life but with a different outcome.

In 1965 five boys, all between 13 and 16 years old, bored with being at boarding school on the island of Tonga, stole a boat and sailed off into the Pacific for a lark. After their boat was wrecked in a storm, they ended up on a desert island (a desert island because its original inhabitants had been seized by slavers in 1863). There they remained for fifteen months. But instead of descending into tooth and claw survival of the fittest, they survived by cooperating.

The boys created a garden to grow food, built chicken pens, hollowed out tree trunks to collect water, created a badminton court and a gymnasium, and had a fire burning permanently. They collectively worked the garden, and had a roster for kitchen and guard duties. They ended each day with a music session, and any arguments were dealt with by time out. When one boy fell down a cliff and broke a leg, the other boys successfully put the leg in a splint which was successfully set and healed.

In the end the boys were rescued in 1966. This event forms an important part of the book that that just been published, Humankind: A Hopeful History by the Dutch historian Rutger Bregman. He questions the premises of the much touted Lord of the Flies and points to the little known story of the Tongan boys. He goes back to the start of human history and before, and shows that the cooperative instinct has a basis in evolution. This is the same cooperative instinct that the anarchist communist thinker Kropotkin describes in his work Mutual Aid.

At a time of lockdown, this book makes a welcome appearance and justifies what we anarchist communists have been talking about for the last century or so. As Brian Eno, in writing about Bregman’s book, says :” “Every revolution in human affairs – and we’re in one right now – comes in tandem with a new understanding of what we mean by the word “human”. Rutger Bregman has succeeded in reawakening that conversation by articulating a kinder view of humanity (with better science behind it). This book gives us some real hope for the future”.