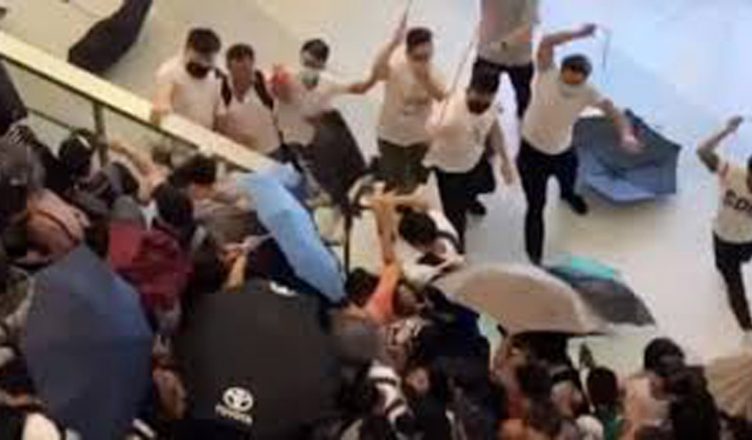 Following a huge demonstration of 430,000 people on Sunday, protestors returning to their homes on a train were attacked by thugs wielding metal poles and baseball bats resulting in 45 people injured, one critically.

Police stood by whilst the attack went on, let the gangsters leave and then return for a second attack. A member of the administration, who is a strong supporter of the regime in Beijing was videoed shaking hands with the thugs. These attacks appear to have been instigated by the Chinese Communist Party in conjunction with members of the HK regime.

Meanwhile the HK government is proceeding with plans to pursue 700 demonstrators.

The Beijing regime is terrified that these protests could spread to the mainland and is willing to use brutal violence to stop this, just as it did at Tienanmen Square 30 years ago, where thousands were slaughtered.