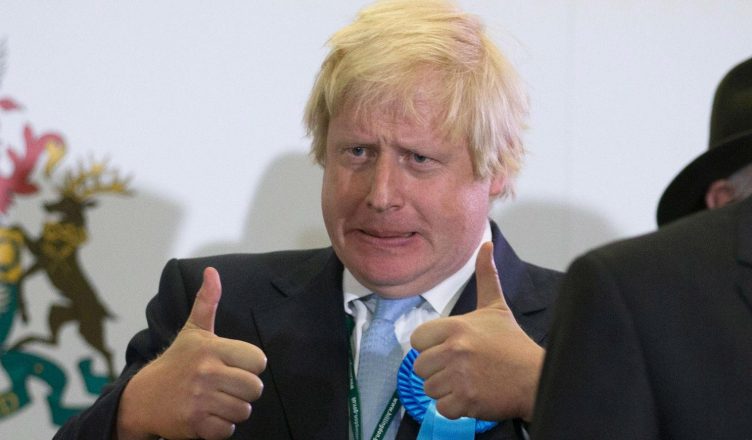 When Boris Johnson breezed into Number 10 Downing Street, he must have thought what a lark it all was. A long held desire to be Leader has motivated him for decades and finally he got his wish. Granted, he had the difficult job of sorting out Brexit, but he had won the election on such a basis and wasn’t really thinking ahead.

Johnson’s time as London Mayor illustrated how when it came to it, any commitment to a leadership role has been part-time. What he did as London Mayor, he is doing now.

He missed the first five meetings of Cobra, the cross-departmental meetings that are meant to respond to emergencies, concerning the coronavirus. On January 31st, he turned down the European scheme to supply PPE equipment, and on February 13th failed to respond to a conference call to coordinate a response to coronavirus on a European level. As the crisis developed, he went on holiday, two days after Exeter University published a warning that coronavirus could kill 45 million people worldwide.

On 26th January the Johnson regime announced its murderous Herd Immunity strategy. On the 29th January Johnson went off to his country manor.

On March 2nd, he finally attended a Cobra meeting, and again turned down the offer of PPE from the EU. On March 3rd, scientists warned against shaking hands and Johnson responds by boasting about shaking the hands of coronavirus patents. The following day the government halted its daily updates on the pandemic, later being forced to reinstate them.

On 7th March, Johnson attended the Six Nations match, with 82,000 others. Two days later, the government said there was no reason why sporting events should be cancelled, later compounding this by saying that banning the Cheltenham fixture would have little effect on the spread of the virus. He thought lightly enough of the unfolding horror to joke that the plan to build new ventilators should be called Operation Last Gasp.

On March 19th, elderly patients suffering from coronavirus were returned to care homes, resulting in the huge number, at least a quarter of recorded coronavirus deaths, of fatalities both among residents and care workers. At the same time the government took coronavirus off its High Consequences Infectious Diseases list. This meant that health authorities had no legal requirement to provide PPE to health workers.

On March 20th the government stated that it had a grip on supplying PPE to health workers. This is not borne out by health workers, who testify about dire shortages of PPE. The British Medical Association backs this up. The shortage of PPE continues over the coming weeks, with the government repeatedly and falsely stating that the problem has been solved. Whilst this is going on, PPE equipment manufactured in the UK is being shipped to Europe, whilst manufacturers’ offers of turning out PPE are ignored.

The government repeatedly fails to record deaths from coronavirus at home and at care homes, only reporting deaths in hospitals. This is followed by the government announcing on March 23rd that testing kits for 10 million key workers would be supplied. In actual fact, only 5,000 tests are made available.

On May 10th Johnson issued a confused and confusing statement about a phased ending of certain lockdown restrictions. He did this without consulting with members of his Cabinet, and insists that he has consulted with the governments in Northern Ireland, Scotland and Wales. These deny any knowledge of consultation.

The UK now has the highest number of deaths from coronavirus in Europe, even with the limited figures released by the government. A more inclusive total which would include deaths at home and at care homes would be nearer 58,000 only beaten by the USA at 80,000 and with a much larger population. Meanwhile Johnson and his chums are pushing for a relaxation of the lockdown, whilst no significant reduction in death rates has occurred.