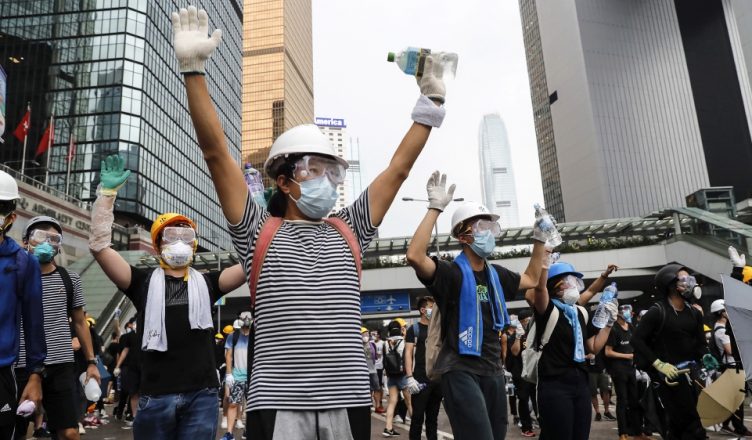 Over a million people demonstrated on 9th June in Hong Kong. They were acting against the threat of changes to the extradition law that would allow people to be deported to the People’s Republic of China. This could mean those politically opposed to the regime in Beijing , as well as religious dissidents, could end up on the mainland  in prison.

There were calls on the demonstration for the resignation of Carrie Lam, the chief official responsible for the proposed changes. Hong Kong is one of the most class-divided cities in the world with a few multi-millionaires and many living in appalling conditions.

The demonstration surrounded the legislative building for several hours. After midnight the police attacked the crowd with batons and pepper spray. Other demonstrations in solidarity with the Hong Kong took place in the capital city of Taiwan, Taipei, and in Tokyo, Toronto, New York and San Francisco. The huge demonstration was preceded by a vigil of 180,000 on the anniversary of the Tienanmen Square massacre on June 4th. Three days after the demonstration, tens of thousands of young people again surrounded the legislative building, whilst a general strike was called at the same time.

Notable was the fact that the youthful demonstrators carried umbrellas to protect themselves from gas attacks. In 2014 the Umbrella movement mobilised large numbers of people for occupations of large parts of the city.

The police again responded with pepper spray and water cannons, followed by tear gas and rubber bullets. As a result, at least 22 people were injured.

What is important about this movement is that the demonstrators are equally opposed to the regime in the city and to that in Beijing. The movement must unite the students, workers and the poor and look for solidarity with workers on the mainland. It must not allow itself to be used by the USA in its escalating campaign against Beijing.