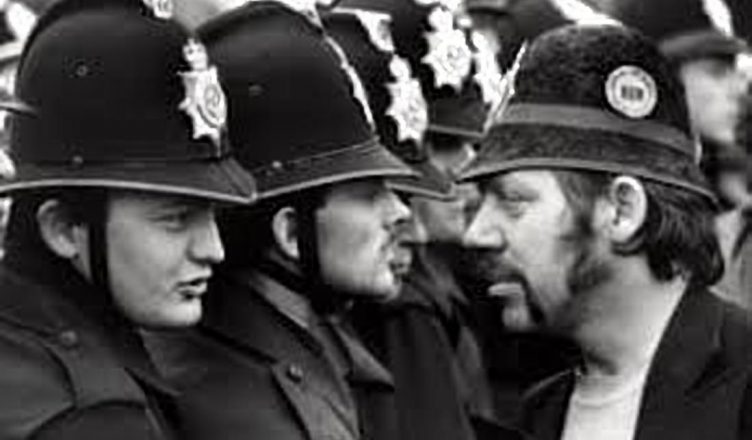 We talk about it differently, treat it differently and think about it differently. In the news and in our political dialogue it is an effect without a cause, something which emerges from a corruption in the human soul. This understanding of crime leads people to believe that the only thing standing between them and complete chaos is the state. Anarchist communists are always talking to people who will argue more or less sincerely that government is good in its own right, but once they are forced to abandon these arguments they resort to the claim “we need the state to keep us safe.”

Anarchists communists reject the idea that crime is part of human nature. We believe that crime has practical real world causes, economic and social in nature that a properly organised society would remove. A man with a full stomach doesn’t steal food, a person in control of their life doesn’t turn to crime out of rage or anger. A free person does not need to restrict the freedom of others. The vast majority of crime today is a direct result of economic need and the frustration caused by the denial of human potential. What we call crime today is merely an unhealthy response to the big crime that is our society – the fact that the ruling elite get rich off the work of working people, destroying them as they do so.

What about the rapist? Or the insane killer? What about those who for whatever reason take pleasure from causing pain or destroying others? These people are also products of capitalism. In the workplace we are taught that those with power can order around and control those without it. In society as a whole we are taught that the weak must suffer what they will. These lessons teach some of us the logic of the rapist, the psychopath, the sadist.

Maybe some anti-social elements will exist in a future anarchist society, certainly some will in the immediate fall of capitalism and the state. Anarchist communists are certainly not saying that we should not protect ourselves from such people. Even if we were, it would be irrelevant because people will always protect themselves from those who aim to harm them. In a society where normal people are united and organise along the lines of mutual aid and solidarity we will all take on the duty of protecting one another.

The police can not prevent the irrational murderer from murdering. The irrational do not way up the odds of getting caught and the unpleasantness of the punishment. They can only punish them after the fact. And it’s noteworthy that so often the irrational sadist ends up being employed as a police officer, giving their behaviour the veneer of legitimacy.

Our fear of murder, of theft, of crime gets us a police force that cannot really protect us. So what do the police do? They protect private property, they maintain the bosses’ power over you, and they use violence over political movements that seek to challenge that power. Capitalism couldn’t exist without the organised force of the state that ensures working people have to give the majority of what they produce during their working life to their boss. Landlords and banks couldn’t take most of your wages if the bailiffs and the police weren’t there to support them (would you pay your rent if you didn’t have to?)

The ruling class use our fear of crime to justify the cost and maintenance of a police force, and to hide the true role of coppers, which is to maintain a system that steals from the rich and gives to the poor. This is why anarchist communists reject the state and reject the police force. We call on communities themselves to organise against crime and to fight back against the big crimes of the state and capitalism. We say to working class criminals: Don’t steal from your own, take from the rich.