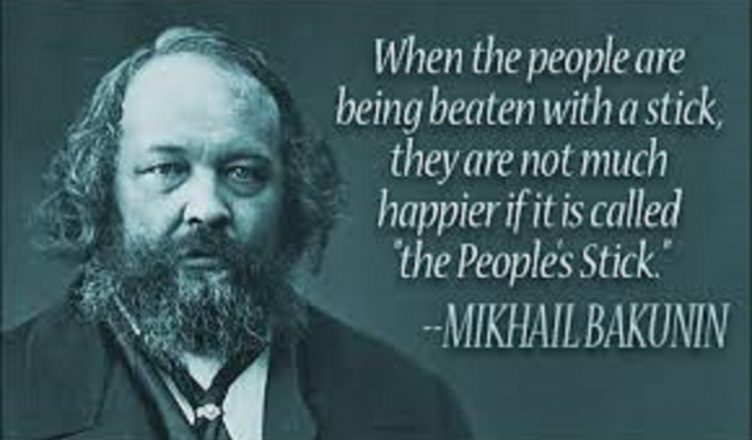 The Anarchist Communist Group often uses the phrase “libertarian communism.” This term seems to cause some people problems.

Occasionally, someone will contact us and tell us, for example, that “communism killed 200 million people”. This figure appears to come from adding together creative US estimates about the number of people who have died at the hands of the Stalinist USSR, the Chinese so-called Communist government and the Khmer Rouge in Cambodia.

If the ACG was a state communist* organisation we would point out that this 200 million figure is problematic. It’s an exaggerated figure, closer to propaganda than fact, and would need to be put in the context of the number of people who are killed by capitalism. Save the Children’s “End of Childhood talk” reports that 16,000 children under the age of five die every day under capitalism**. According to poverty.com and the world counts a person dies from hunger every five seconds*** (currently at over 26 million and the year’s not yet over). Those figures are not even including the perpetual wars between rival capitalist military gangs.

But the ACG isn’t a state communist (state capitalist) organisation. This is because even though the 200 million figure is a lie, we wouldn’t want to be associated with any ideology or economic system that kills working people. That is one reason why we are anti capitalists, because of the number of people who are murdered by the bosses and the state under capitalism. Furthermore, we agree that a state that not only has the power to direct the army and police but also has direct power over the economy would undoubtedly be authoritarian and will also certainly kill working people.

The State (of whatever variety) is always the political arm of the ruling class, so that’s why we are anarchists, libertarian communists or anti state socialists. We reject the State as it is a tool for the minority to force its views on the majority, just as much as we reject capitalism. Regardless of the ideology of the people who control the state, it is a more or less authoritarian institution which batters, imprisons, mutilates or kills those who resist or who it does not need.

Libertarian communist ideas are the only ideas that defend the working class from the state, regardless of what political wing controls it.

*By “state communism”, we mean “state capitalism” where, rather than being wage slaves exploited by lots of companies and public bodies, everyone is instead an exploited  wage slave for the State.
**https://www.savethechildren.org/content/dam/usa/reports/emergency-response/end-of-childhood-report.PDF