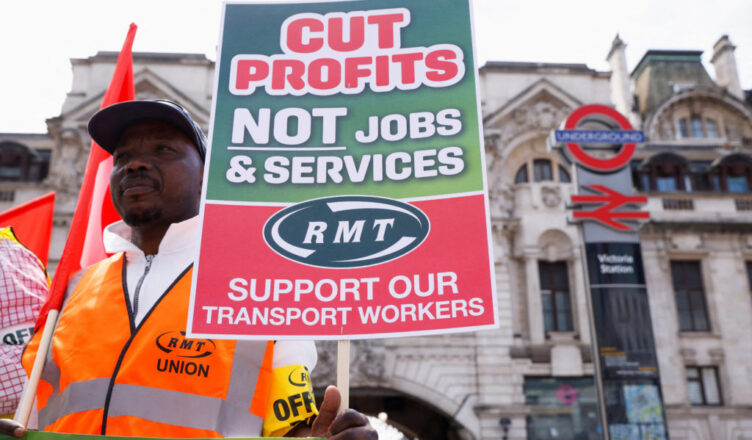 Strike action is being planned for dates in late August across rail, London Tube trains and buses as well as at the container port at Felixstowe. In Germany, pilots for the airline Lufthansa are also planning to strike.

On Friday August 12th EasyJet Spanish pilots to strike through to Sunday 14th.

Members of the Transport Salaried Staffs’ Association (TSSA) are also considering strike action over pay, jobs and conditions. The train company Southeastern, which is wholly owned by the Department for Transport and runs train services between London and Kent, as well as parts of East Sussex, will be hit by the TSSA strikes. Major stations potentially effected include London St Pancras, Victoria, Charing Cross and Cannon Street, as well as Dover Priory, Ramsgate, Ashford International, Dartford and Sevenoaks.

Over 1,600 London bus drivers are also set to walk out. The drivers, who are members of the Unite union and employees of London United, are set to strike on Friday August 19th and Saturday August 20th.

Public transport in and around London in this period will be severely disrupted and business will most certainly not be as usual in the capitol.

Meanwhile, workers at the UK’s biggest container port in Felixstowe also intend to strike for eight days in a dispute over pay. Around 1,900 members of the Unite union will walk out on August 21st after rejecting a 7% pay offer from Felixstowe Dock and Railway Company. The strike will be from Sunday August 21st until Monday August 29th.
Around half of containers brought in to the UK are transported via the port at Felixstowe.

Airline pilots working for the German airline Lufthansa have voted in favour of potential strike action over pay. They would be taking action during the peak of the summer travel season. The Vereinigung Cockpit union is calling for a 5.5% pay increase this year and an automatic adjustment for inflation starting next year.

There is also the growing possibility of British Airways pilots going on strike, with negotiations ongoing. Royal Mail staff have voted to back a strike but there are no dates set yet

The momentum for strike action is significant and the idea of strikes as a means of resistance continues to grow amongst larger groups of workers, spreading to non-unionised sectors such as Amazon, but things will have to escalate further and direct action must be applied if workers are to create a crisis for the capitalist class.