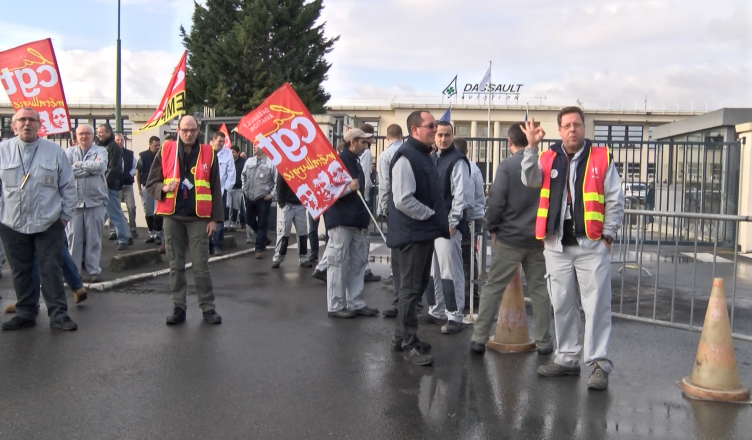 French workers are increasingly angry about the way they are being treated with the coronavirus crisis. They are appalled about the way they are forced to work in non-essential production in close proximity to each other whilst bosses are able to get away with teleworking. This has set off a number of strikes including at the Dassault aviation factory at Argenteuil, which makes fighter planes. 300 workers went out on strike there, and the employers were forced to close the factory.

Several hundred Amazon warehouse workers walked out over concerns about their health and safety over coronavirus. At the warehouse at Saran, near Orleans, 250-300 workers went out on strike and called for the closure of the warehouse on March 18th.

Patrick Martin, the head of Medef, the French bosses’ organisation, commented that “There has been an extremely brutal change in the attitude of employees in all sectors of activity”.

Workers at ten public libraries in Lambeth, South London walked out on Friday March 21st after they were told to keep working whilst other boroughs had closed their libraries. Now all public libraries have been closed by the Johnson regime.

Forty workers at a plant processing chicken and pork in Georgia went on strike over sanitary conditions and sick pay after several workers were exposed to the virus. As we have already reported, thousands of car workers went out on wildcat strikes in Michigan and Ohio.

Metalworkers in Lombardy in northern Italy promised on Monday March 23rd that they would go out on strike unless more plants were closed down because of the coronavirus.

Hospital doctors in Zimbabwe went out on strike on Wednesday March 25th because of a lack of protective gear.

Workers at the Sistema plastics company plant in Auckland walked out because of a lack of protective gear and lack of social distancing on 25th March.