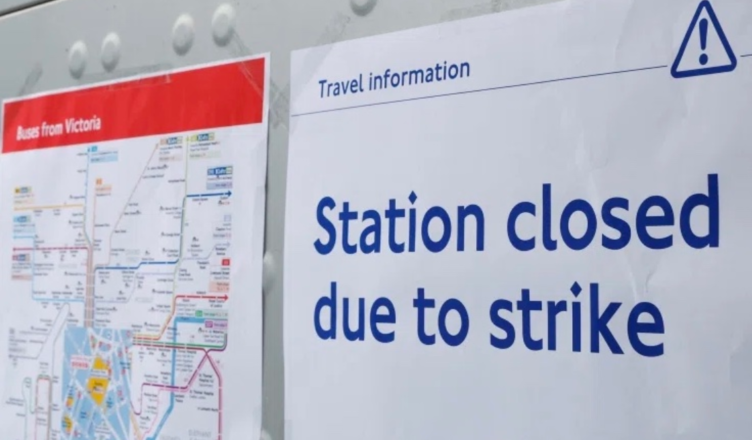 Solidarity and struggle spread through the rail network. A recent striker working in rail infrastructure has been in contact about a direct appeal to them and their colleagues to listen to the bosses who have their best interests at heart! So moved were they by this appeal that they felt compelled to share the good news with the ACG.

Whilst still technically in negotiation over pay and conditions, the CEO of Network Rail, Andrew Haines (£600kp.a.) has just written to all staff to let them know the outcome of the TSSA and Unite ballots. Desperately urging workers not to “further damage the fragile British economy,” he informed them that the unions have voted for “strikes and all other actions short of a strike”. Even TSSA bands 1-4 (management), whilst failing to reach the strike threshold, voted for “all action short of a strike”.

Through this decision, potential for working class resistance to austerity and arbitrary changes to employment conditions, including redundancies, is exponentially strengthened throughout the rail transport system. Network Rail have predictably blamed the unions for bad faith for not yet having engaged in the bosses’ traditional delaying tactic of negotiations to the point of exhaustion.

Here they show they have fundamentally failed to grasp what is happening. It is the workers who have had their patience dragged to the point of exhaustion! It is not the unions calling a strike but the overwhelming majority of workers turning out in big enough numbers to overcome the very high bar set by anti-labour legislation to prevent meaningful action. With RMT members having taken the lead, with more action pending, the decision of other workers across the industry, recognising their mutual interests, are now linking their own struggles in solidarity across the sector.

While the loyal Labour Party opposition tells its members to calm down and ignore the picket lines, the government will renew the ridiculous fantasy that this isn’t rooted in the current crisis, but a hark back to the 1970s and 80s! This, while their unsightly scramble for power proclaims a return to ‘family values’, tax breaks for big businesses and that ‘Thatcher’s coming home’. Alarm bells enough for anyone not yet paying full attention. They may as well take their time travel dreams backwards as they certainly won’t be travelling anywhere by rail anytime soon!

Meanwhile our class stays rooted firmly in the present with its eyes on radical change and a future. Solidarity and direct action is spreading and shows the way forward for workers in other industries and workplaces.

We call as always for grass roots workers control and direction, for coordination committees and networks across industries, workplaces and communities. To unify and strengthen struggle and take the demands of our class and shake the whole rotten system. No time any longer for patience or frustration, no time like the present!