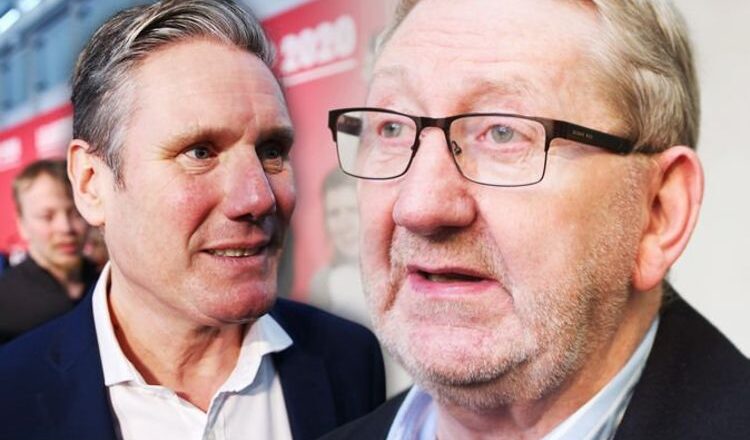 Amidst recent controversies over the Labour Party’s decision to pay a settlement to the ex-bureaucrats claiming to be victims of anti-Semitism within the party, Len McCluskey leader of Unite (Britain’s largest trade union) has threatened to ‘review’ Unite’s political donations to the party, claiming the settlement is “an abuse of members’ money”.

McCluskey’s threats ring hollow, given how beholden Britain’s largest trade union is to the Labour Party. Even if such a review were to go ahead, it would probably only lead to a small change in the union’s payments to Labour.

How does the average worker-member of Unite benefit from millions of pounds of union dues being squandered into the coffers of the Labour Party, to pay for its offices, and salaries for middle-class politics graduates, Blairite bureaucrats, and other such opponents of the working-class and socialism?

Firstly, donating to the Labour Party amounts to betting on a losing horse – despite all the millions donated to the Labour Party’s election campaigns, it has failed to win an election since 2005, and secondly Labour in power have always proved themselves to be a party of social peace, national consensus, and imperialism, and an obstacle to the class struggle and the goal of socialism.

We would argue that the real “abuse of members’ money” is not simply the settlement, but the fact that any money (let alone millions of pounds) is even paid to the Labour Party. Every pound spent on Labour is a pound that could have been spent on campaigns or supporting struggling members.

At the same time, British Airways have threatened to cut up to 12,000 jobs, threatening the livelihoods of thousands of workers, including Unite members. Now is not the time for compromise and social peace.

The Unite leadership are afraid of class struggle and direct action. Unions and their leaderships, especially the bigger ones like Unite and Unison, need to be accepted by the bosses in order to function. In order to accepted, union bureaucracies need to control their members, all of which means they bend over backwards to compromise and will shy away from being ‘too militant’ and taking on the bosses. Part of this compromise is unions like Unite working in cahoots with the anti-working class Labour Party. So, the Unite leadership also fear class struggle in case it harms the Labour Party’s image.  But more and more, the case for a complete break between Unite and the Labour Party becomes clear, especially as Unite members demand that the class struggle, direct action, building support in working-class communities, and grassroots activity must be the centre of Unite activity, not dreaming about a future, Labour government that will simply screw-over the working-class!

So ask yourself, Unite member, how do you feel about the Unite leadership spending millions of pounds on donations to the Labour Party whilst the livelihoods of your fellow, working-class Unite members are under attack? And what will you do about it?

We call on Unite members to demand a complete break between Unite and the Labour Party! Let’s focus on real class struggle and working-class community activity. We must act now!