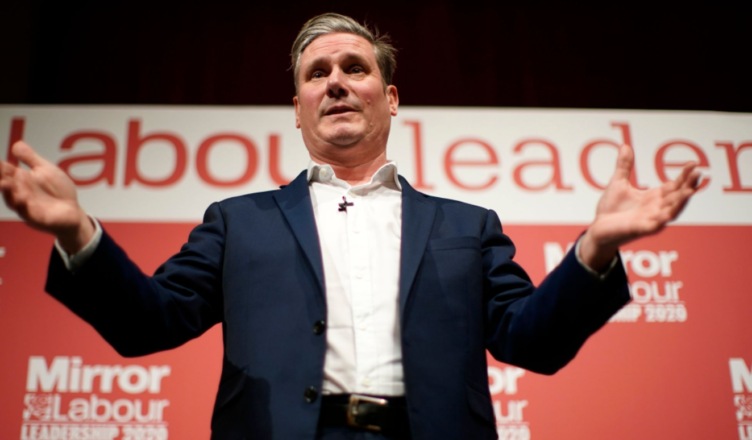 Ann Black, a long-serving member of the Labour Party National Executive Council, has admitted that Labour Party membership has fallen by 200,000 and now stands at around 400,000. It is impossible to get accurate figures for membership at the moment because of a ransomware data hack at the unnamed company, to which David Evans, Labour Party general secretary, and close to Keir Starmer, subcontracted the membership system.

This drop in membership means a loss of £8 million a year. If the loss of donations from a number of unions is added to this then the Labour Party can be seen to be teetering on the edge of bankruptcy. In addition, the hack, which exposed sensitive data of hundreds of thousands of members, may lead to a fine of up to £1.75 million, further aggravating the situation. As well as this, Labour has lost £1.2 million of taxpayer funding which is based on number of MPs, following losses of 59 seats in 2019.

Starmer made a promise that he would restore peace in the Labour Party. Instead he has waged a war against the Labour left. Jeremy Corbyn was suspended by David Evans. Many members have been suspended or forced out over various allegations, chief of which is opposition to the actions of the Israeli state. Evans proposes changes to Labour Party structure including abolition of the membership fee, and the replacement of members by supporters, in a move to turn Labour into an electoral machine similar to the Democratic Party in the USA.

Constituency Labour Party (CLP) branches have been suspended in draconian fashion by Evans and his cohorts. For example, Phil Gaskin, regional director of Labour South West, has suspended more than half the CLPs in the region. Gaskin led the moves against the film director Ken Loach, who was expelled from Labour. Gaskin has banned any mention of support for Corbyn on CLP agendas in the region.

Two purges of the Labour Party have now taken place. The first involved the proscription of the Trotskyist Socialist Appeal, and the leftist Resist, Labour in Exile Network, and Labour Against the Witchhunt in July last year. As we said at the time, “They’ll probably pick off other small Trotskyist outfits inside Labour next, like the Red Flag Platform (alias Workers Power), members of the Alliance for Workers Liberty, and Anti-Capitalist Resistance. Some right-wing Labourites are already calling for the head of Momentum. Whether Momentum will also be targeted depends on how much Momentum cuddles up to Starmer, and they’re showing distinct signs of that already, so it is not a given. Momentum mobilises far more Labour members than say, Socialist Appeal, so it also depends on how much more Starmer and his gang will go in wanting to shed more of the membership in their aim of turning Labour further right.”

In fact, in the second purge the Alliance for Workers Liberty has indeed been proscribed, as has Labour Left Alliance and the Socialist Labour Network. The banning of the last named group is a bit of a fait accompli, as it is a merger of the already banned Labour in Exile Network and Labour Against the Witchhunt.

Meanwhile, Momentum is running for cover, issuing the following spineless message to its members: “Members are advised to immediately review their social media history and unlike/unshare/uncomment where appropriate. Please pass on this advice to relevant comrades asap.”

After the victory of Starmer and the removal of Corbyn, Momentum called for socialists to “Stay and Fight”. This call has been translated into abject surrender.

Any self-respecting radical remaining within Labour should now take the decision to leave. The ACG said at the time of the Corbyn phenomenon that this was a diversion from building grassroots social movements in the workplace and the neighbourhood, and this has now been shown to be correct. Labour is an enemy of the working class.